The conditions that sadly still exist in developing and emerging countries in the 21st century are repulsive. There are to this day plenty of workers that receive despite their hard work a salary that just isn’t fair. That made our team really think about this topic and made us curious how “fair trade” works. Especially how the people in our surroundings think about “fair trade”, or to be precise, if they would work so hard and receive such a little recognition as a salary from their employer.

In developing and emerging countries the international organization «Fairtrade International» strengthens small farmers, plantation workers and their families so that they can improve their lives on their own. Fair trade connects consumers, businesses and producer organizations. Please distinguish the term “Fair trade” as a movement from the term “Fairtrade” as a labeling and certification system! [Fair trade, en.wikipedia.org]

That’s how the System of «Fairtrade International» works:

During the project we reflected on how we thought and stood about Fair trade at the beginning and realized that personally we rarely thought about it, respectively we have never really dealt with Fair trade before. It was a bit casual, but we seldom paid any attention to buying Fairtrade products when shopping. By this recognition, we wanted to find out if there is also a gap between people’s opinion in our surroundings about Fair trade and their behavior to that.

Therefore we started a survey on the following case:

Imagine you would work 5 days a week (100%) in your home country (for example in a agriculture job) and would receive this salary:

Such working conditions are not uncommon in developing countries. That’s why Fair trade exist, so that such conditions are reduced and hopefully someday do not exist anymore. With simple shopping choices you can get farmers a better deal. Fair trade is a simple way to make a difference to the lives of the people who grow the things we love. We do this by changing the way trade works through better prices, decent working conditions and a fair deal for farmers and workers in developing countries.

Would you go to work in your home country in an agriculture job?

As you can see from our survey results, no one would go to work for such a small wage as the daily salary of a worker in third world / emerging countries.

Have you already dealt with Fairtrade?

More than 70% already dealt with Fair trade and that’s very good! But there is still a high percentage of people that never dealt with this topic before. 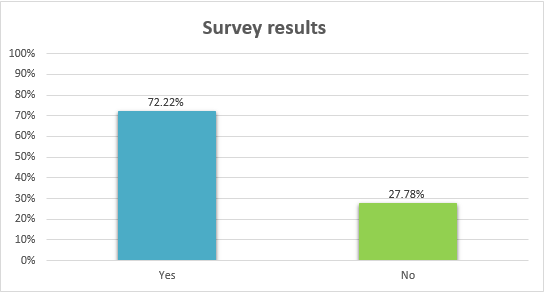 Do you think it’s fair that such salaries still exist in third world and emerging countries?

Nearly 90% of the participants do not find it fair that such salaries are still present in the 21st century. That is unimaginable for quite anyone, so why not change it? 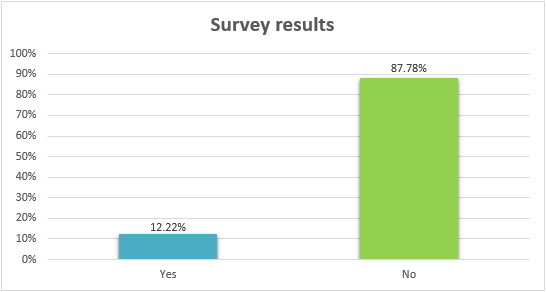 Do you look for Fair trade products while you are shopping?

According to previous statistics, a large number of people have already dealt with or been informed about Fair trade and do not find it fair that such salaries still exist. But how is it possible that so many people only make a little effort and only pay a little attention to the Fair trade products while they’re shopping, when they do not find it fair and would not go to work for such a little wage? 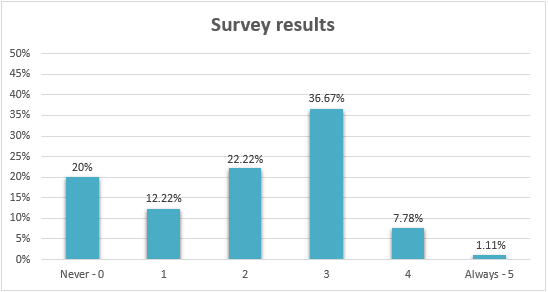 With our survey and its evaluations we decided to do a short video where we want to show the main results of our survey’s analysis in a role play. Our aim with this video was to appeal for further reflection on this matter for everyone.

Our project was in any aspect very instructive and challenging for us. We learned a lot about Fair trade and how it works. Additionally, it was very interesting doing our survey, evaluate the results and to figure out the behaviour of the sample. Unfortunatly, we couldn’t really work with the students from Izmir concerning the communication problems in Turkey. Nevertheless we became acquainted with Fair trade and we intend to look for Fair trade products in the future. We also hope that some of the readers change their behaviour towards this topic like we did.

In this sense Be Fair, Buy Fair!

Your Fairtrade Team
Marta and Marco