The story to our scenario

In the city of Zurich something unbelievable happens on a Friday morning.

Suddenly the earth starts to tremble (beben). The houses begin to shake and the people run helplessly and screaming around the street hoping to find a safe place.

All around Zurich, thick black walls emerge (treten hervor) from the ground. All the inhabitants of the city are trapped now and there is no way out. Panic breaks out among the people, so that the city council (Stadtrat) calls an emergency meeting. The big question now asked by the council members is: How long can the city of Zurich nourish (ernähren) itself? They are now getting to the bottom of this question.

The city council has summarized the following data:

The city council found out that with the two tons of wasted food, the whole city of Zurich could be nourished for seven years!
Source: Bevölkerung (stadt-zuerich.ch)

One third of all food which is produced in Switzerland ends up in our trash. This waste is around 2 million tons per year. This corresponds to a load of 140,000 trucks, which corresponds to a length from Zurich to Madrid.

In one day, 320 grams of flawless food per person are thrown into the trash.

That’s about a whole meal. And this happens every day.

The big problem is that we have more food available than we need.

This existing food waste comes from different sides, among other things, these are products from the daily consumption which we no longer use, food which we have bought too much or the portion in the restaurant is too large.
Source: wwf foodwaste (wwf.ch)

Are we throwing away more food in Switzerland than in other countries?

Food waste is about the same in most countries.

The rich countries, in contrast to the poorer countries, waste much more food

In these regions of the world, losses in harvesting, storage and processing are higher as efficient technologies and know-how are less well available and widespread.
Source: wwf foodwaste (wwf.ch) 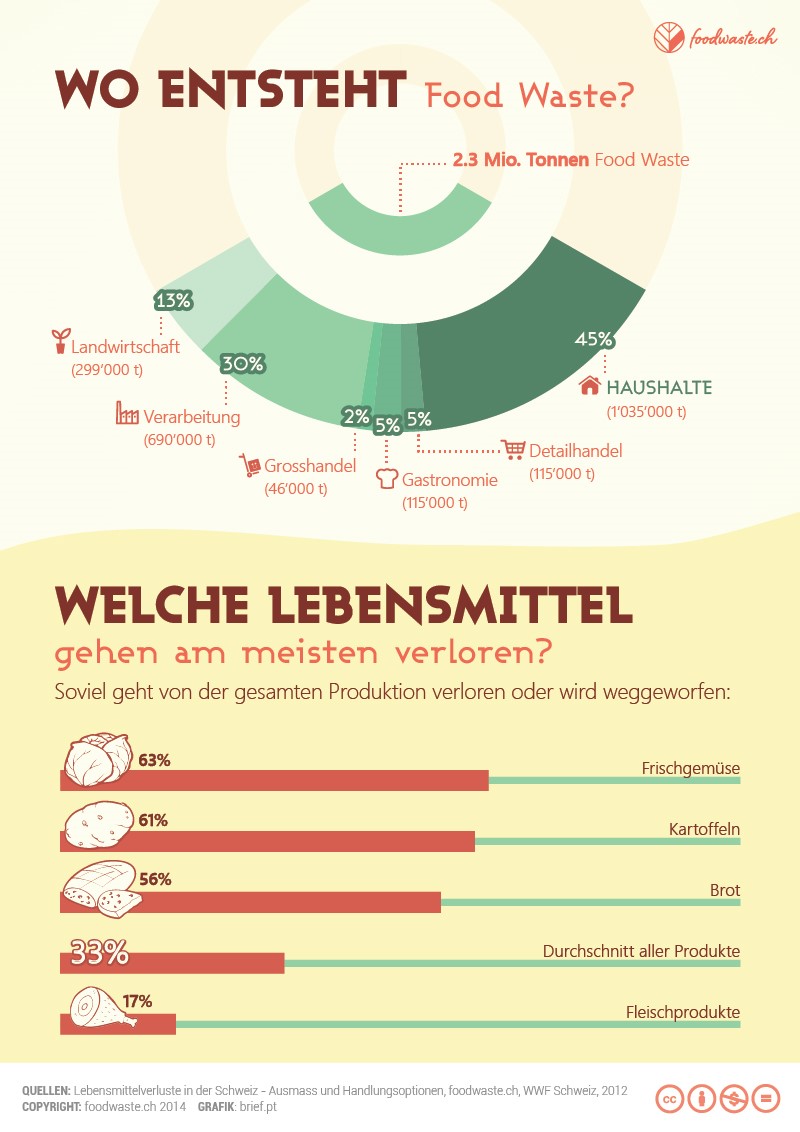 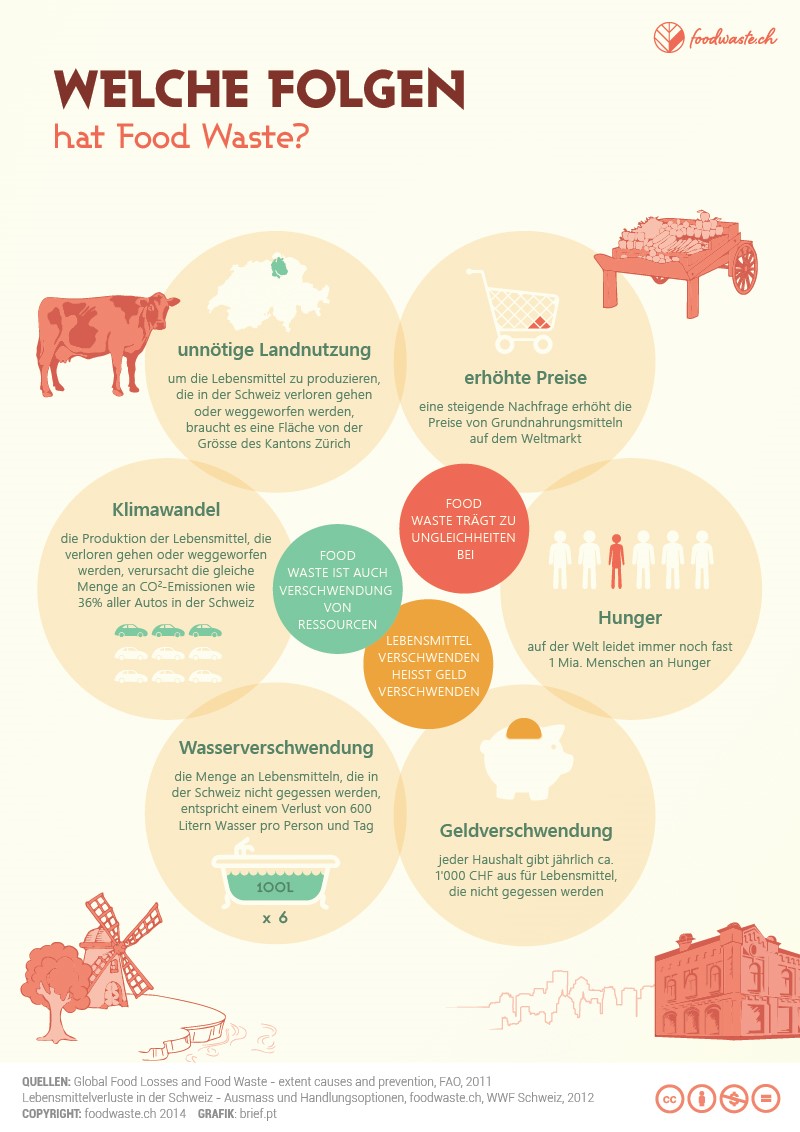 On-topic posts on dontwastemy.energy
The life cycle of bread

4 thoughts on “Could we nourish the citizens of Zurich with food waste?”