Our thoughts before the project

Two of our group members didn’t know much about cables. We had no idea how important cables are for our lives and where they are used. We decided that we make our project about the life cycle of a cable. We wanted to focus on railway cables, because we need them very often in our life. Our member Fabio works for HUBER+SUHNER AG, so he already knew a lot about cables. Because of him we could go to an excursion to the company and see the production of a cable live on site.

Why are cables important for us?

We use cables for a lot of things even when we don’t know that they are involved. To transport energy or data from one to another place as fast as possible, there are every time cables working in the background. Everything based on electricity need cables that it can work properly.

Which materials are used for a railway cable?

The most cables for the railway sector are copper-based. That means that the conductors are made out of copper. You also need a plastic mixture to build the layers over the copper conductor(s). A sheath (Mantel) is also used for almost every kind of railway cable to prevent interferences (Störungen) within other cables or electric devices. Some cables require an extra good fire resistance, so they need a specific fire resistant tape which will be put between sheath and core(s). Finally you need all the different color batches for creating the sheath with the required color.

We couldn’t calculate the energy usage for a specific number of meters, for example 100m. But we noticed that it is important to build cables as thin as possible to reduce production and material costs.  Even though there are cables with a large diameter, the space in between the cables can be reduced to a minimum of empty space with using a proper production method. It is also possible to use more eco-friendly products to produce the plastic mixtures.

How are cables produced?

First, the 8mm thick copper is drawn (ziehen) to the needed diameter. The drawn wires are fed into the stranding machine and twisted to form a strand. A laser system monitors the laying quality of the finished material. During braiding (verflechten), the tinned copper wires are braided together and form a shield around the wire bundle. At the same time, the shield can be wrapped with a tape. The cores are routed through the stranding line according to specifications, twisted into a bundle and wrapped. Then, plastic granules are melted in the extruder and extruded onto a copper conductor or wire bundle. The cable is then cooled in the water basin. At last, the geometric final inspection is carried out inline and, if required, printed as well.

Where are railway cables used?

Railway cables are used mostly in regional trains, high-speed trains, subways, trams and locomotives. They are not only used for the railway applications, but also for the normal industry and the mining industry. The cables in the train are transmitting (übertragen) signals, data and energy from wagon to wagon. Without them the train could not start moving.

The biggest markets for railway cables are in America, china and in Europe. In these areas, train traffic is best developed, so they need the most cables for the trains.

Excursion to the Company

We had the great opportunity to make an excursion to the Huber+Suhner AG, one of the worldwide best cable producers. We started with the “Mixing-Factory” where the plastic granules are mixed for the Copper (Kupfer) which is needed to produce a cable. Afterwards we followed the production of a cable from the start to the end in several factory halls. We observed and got explained a lot of different machines. At the end of the excursion we had the chance to make the interview you can see below.

The excursion was very interesting as we had the opportunity to experience such a big production factory. We got an impression of how a big company works and what steps have to be made to produce a cable.

Anyway, we would recommend this tour to all people that are interested in learning new things!

In which countries are the cables produced?
All cables are produced in Switzerland or in China.

Where do the materials for the cable come from?
The raw copper is imported from Russia or where the copper prices are at its lowest.

How much material is used for a 1 meter standard cable?
It’s also very different and depends on the type of cable.

How long does a cable live?
The Cables from HUBER+SUHNER are able to live as long as the end product needs to live.

Which countries need the most cable?
Cables from the railway market are needed the most in Europe because the governments in other countries don’t want to support this market. 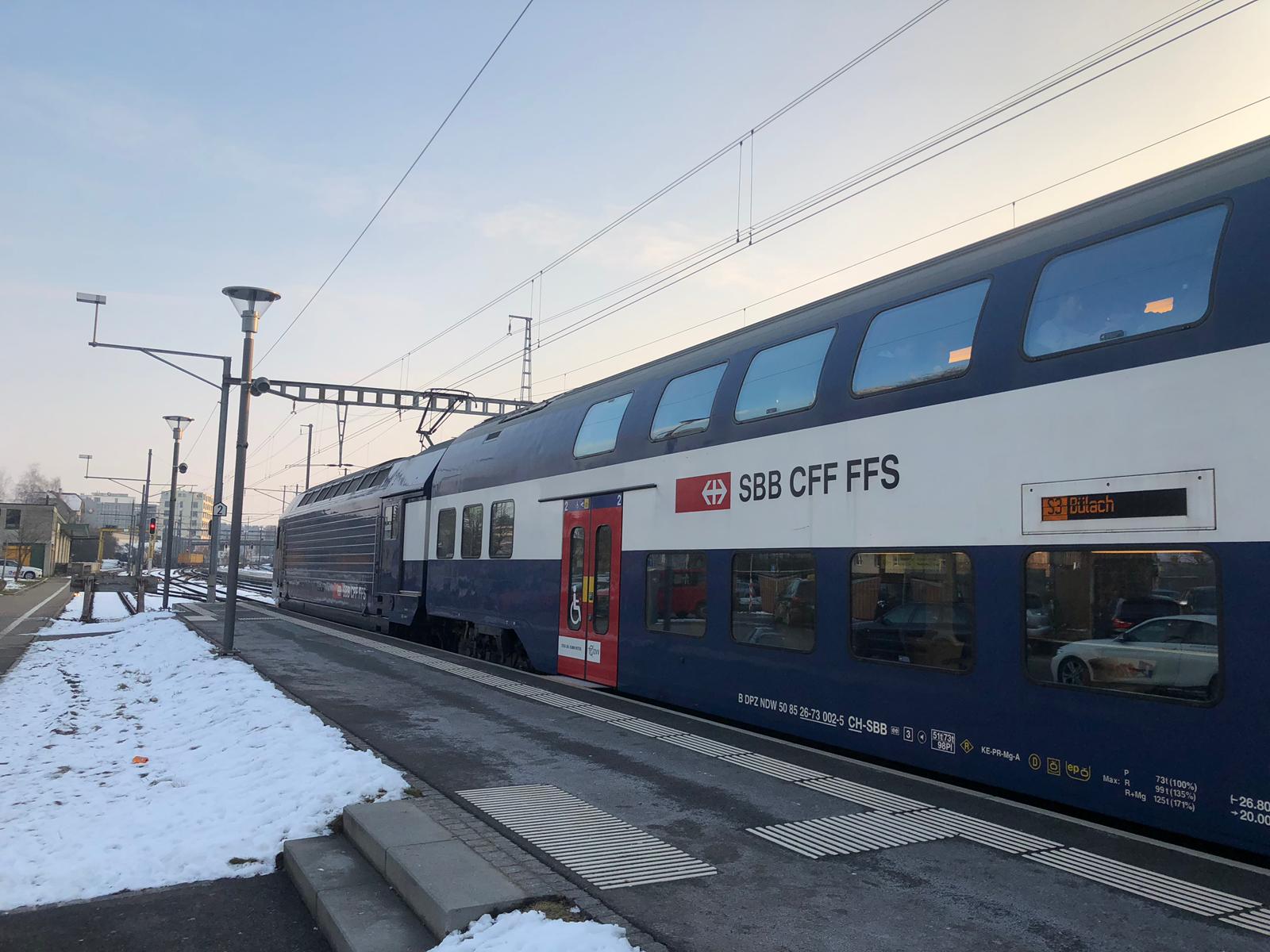 Use of a SBB railway cable 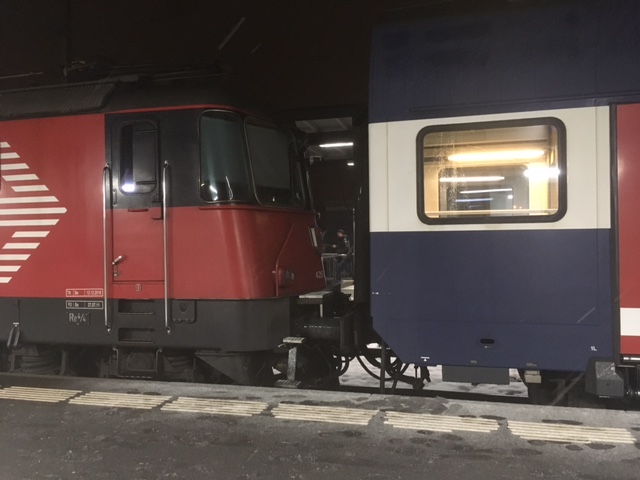 Use of a railyway cable outside of a train 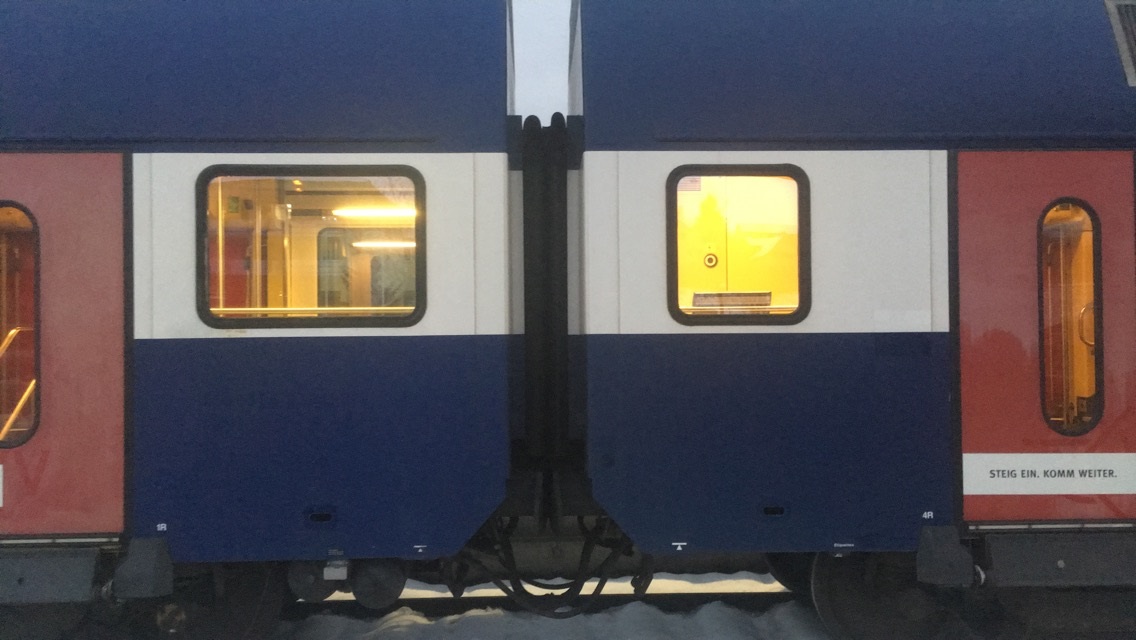 Use of a railway cable for connecting railway waggons 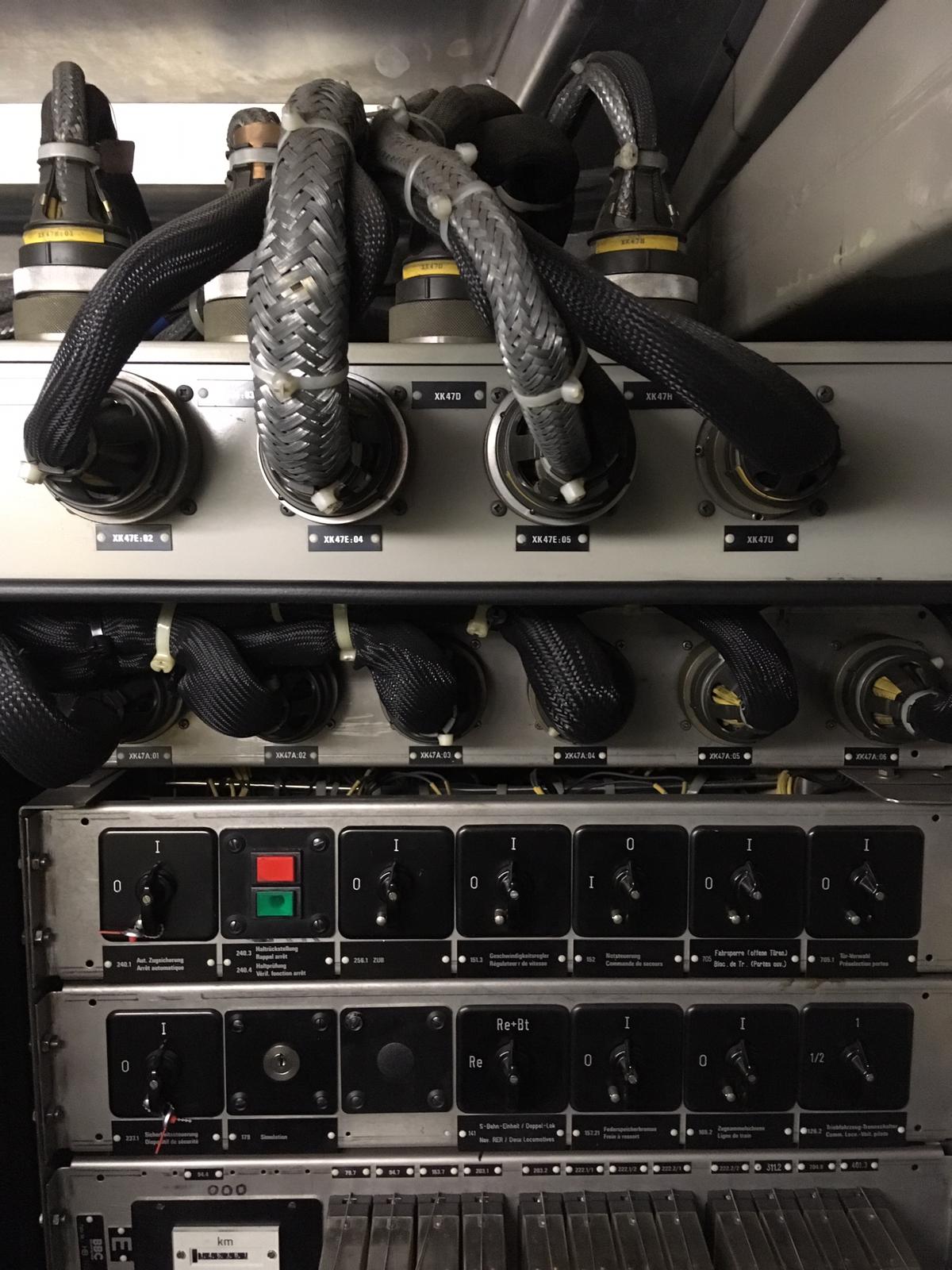 Cables and distribution box inside of a train 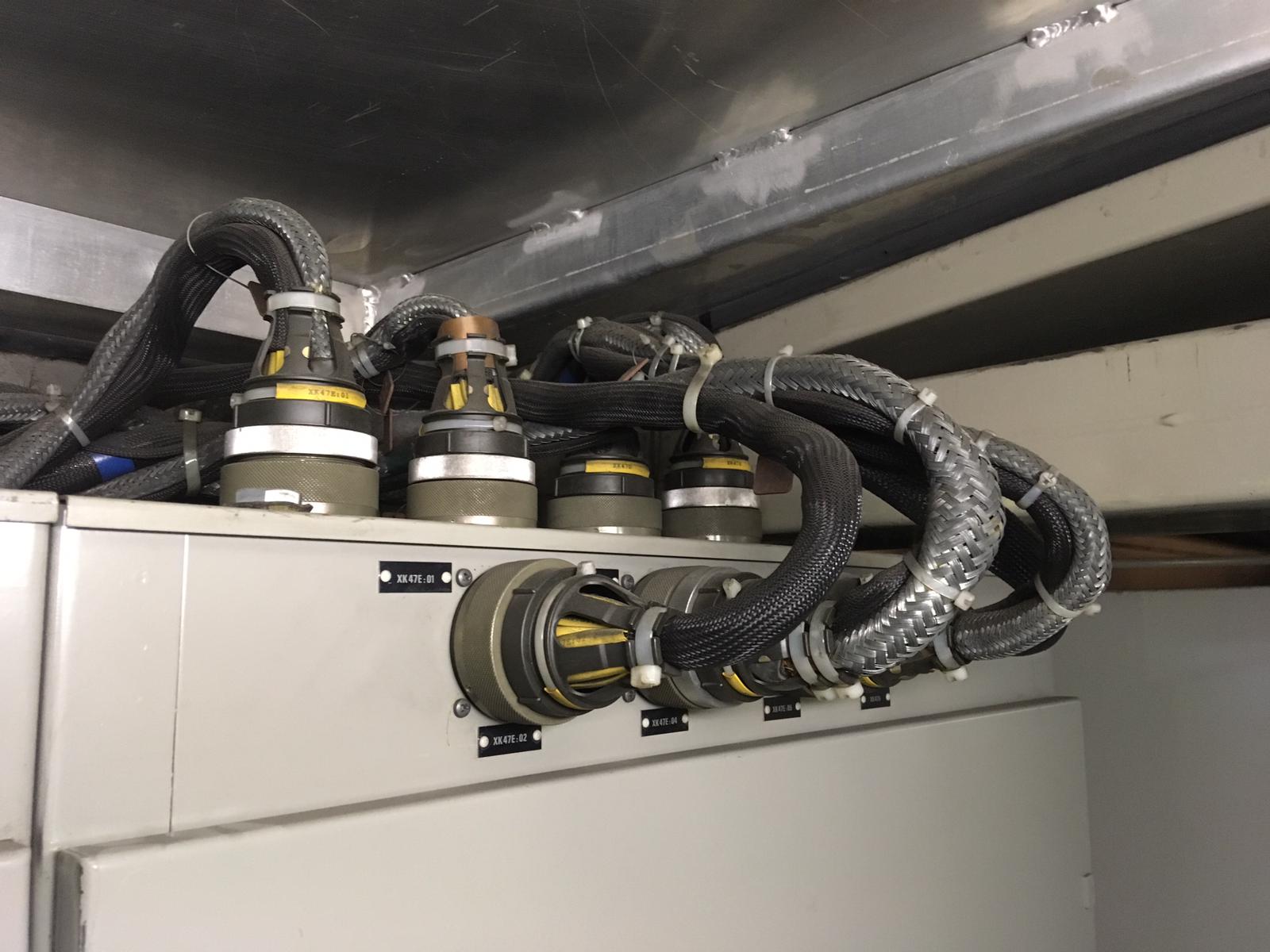 Cables inside of a train 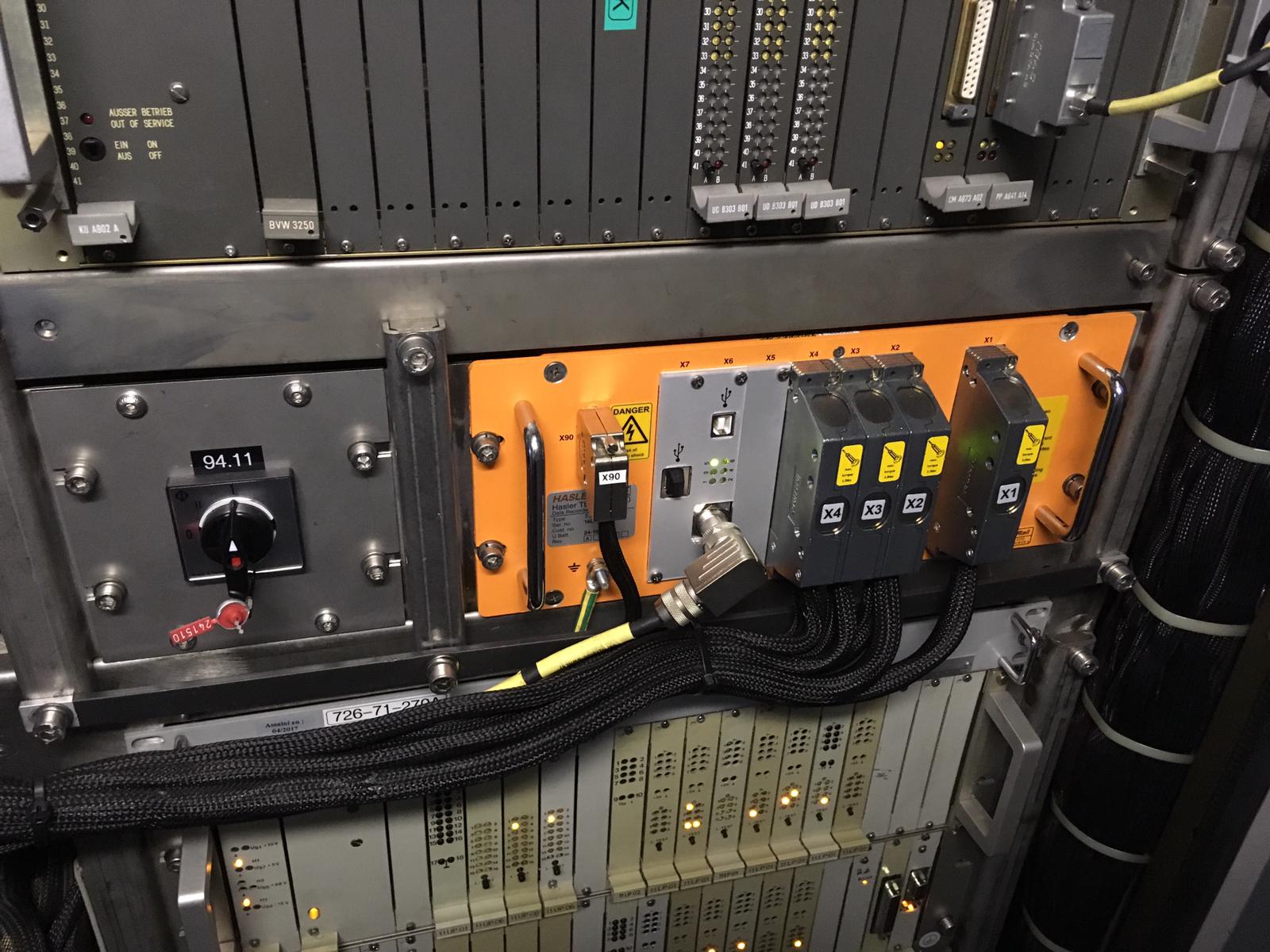 Distribution box inside of a train

Sources: Everything was made by ourselves
HUBER+SUHNER AG, Pfäffikon, Switzerland (hubersuhner.com)

Made by Fabio, Jan and Rafael

On-topic posts on dontwastemy.energy
Fiberglass is the future!

One thought on “The lifecycle of a railway cable”