In the name of our Technology and Environment classes we had to think about an issue which troubles the environment and how we could solve or improve it. We are Jeffrey Medina and Mark Mocan and our goal is to find out how heavily airplanes pollute our environment. And how we could lessen it with a tax burden which increases the price of an airplane flight.

What we knew before our research

We think that since there is a great airplane traffic all over the world, every day, all year, that the emission of the airplanes is far bigger than in all other types of transportation. Mostly because of the big amount of kerosine they waste. On the other hand, there is also a big air pollution due to the cargo shipping, trucks, cars & motorbikes that are in use every day. But we still think that the airplane caused pollution outweighs the land and sea based transportation methods, because of the imports and exports that are being handled by planes.

How would fuel taxes change the price for a ticket?

The situation in brief

Looking at the CO2 emissions, there is, apart from cargo shipping, hardly a bigger polluter than the aviation sector. The impact on the ecological footprint is enormous as this example shows:

An eco-conscious vegetarian who cycles only produces 3.3 tons of CO2 a year. With just a short and long haul flight, his footprint immediately increases to 8 tons.

What would the true cost of a ticket look like? “Kassensturz” has counted on experts from ETH Zurich.

Our questions to a Swiss politician regarding the fuel taxes

Wenn eine höhere Steuerbelastung auf Kerosin vorgesehen wäre, um wie viel würden Sie diese erhöhen? (If there would be intended to give a higher tax burden on kerosene, how high would you set it on?)

Meinen sie die Abstimmung zur Energiestrategie? Habe ich unterstützt. (Do you mean the vote about the energy strategy? I supported it.)

Warum denken Sie, ist sie in Bezug auf die Kerosinsteuer gescheitert? (Why do you think that it failed regarding the kerosene taxes?)

Es fehlten nur ca. 3 Stimmen. Insgesamt lässt sich eine Mehrheit im Nationalrat zu stark von der Erdöl- und Fluglobby beeinflussen. (There were only 3 votes missing for it to be accepted. All in all, the majority in the parliament is influenced too heavily by the Petrol- and Aviationlobby)

Interview by email with Bastien Girod, Nationalrat since 03.12.2007 – Grüne Partei (Member of the National Council of The Green Party, Switzerland)

Our survey about the flight behaviour of Swiss people

Number of participants: 35 (made with the survey tool “Findmind”)

What is your age? Did you ever travel by plane? 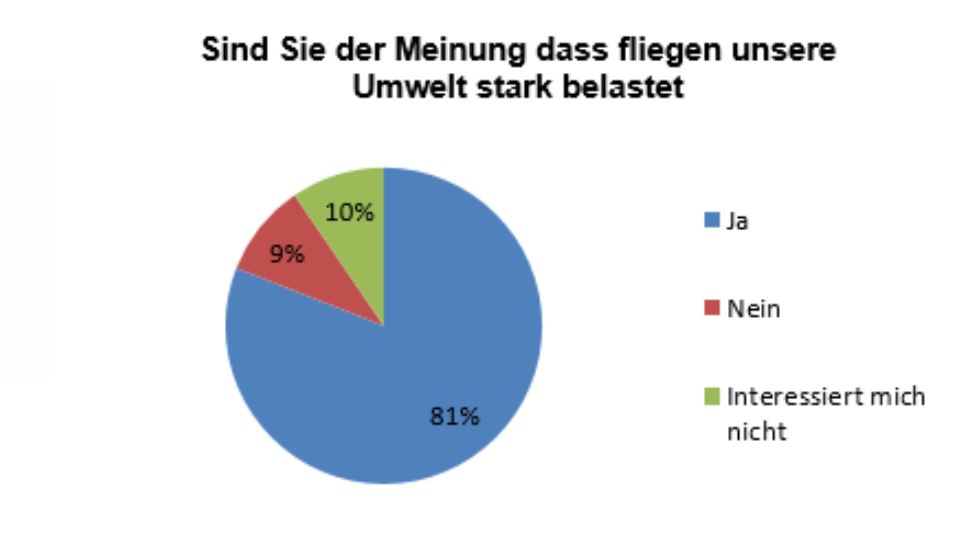 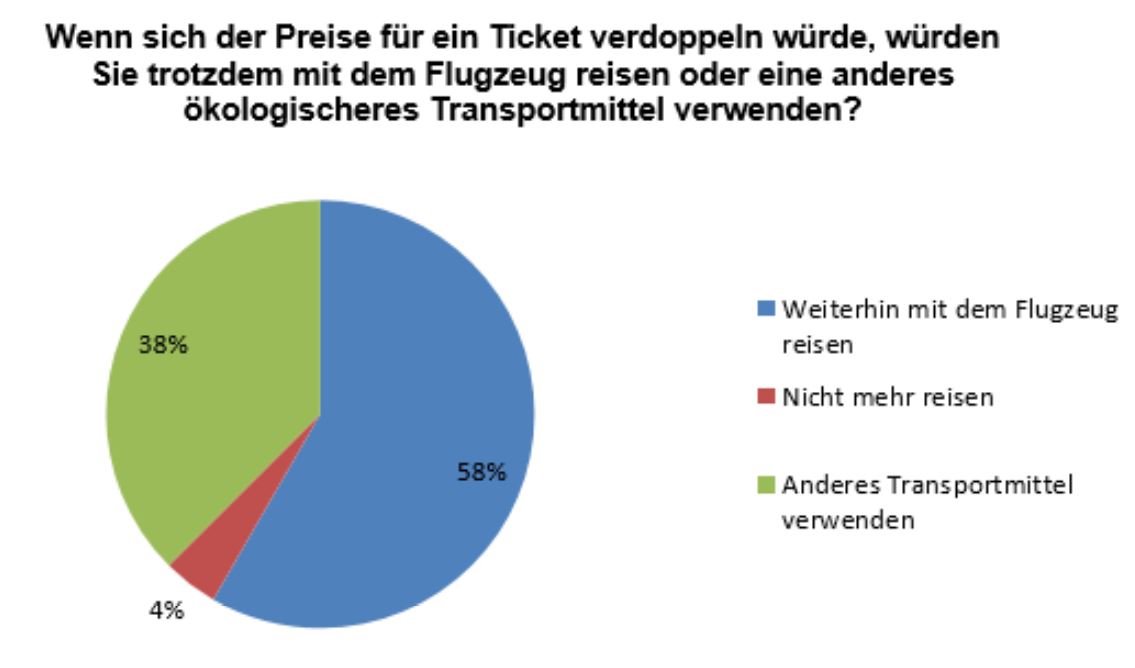 n case of a doubled flight ticket price would you travel by another means of transport?

Conclusion: Most people (81%) seem to know how much flying damages our environment. Nearly 50% would not fly anymore in case of rapidly increasing prices. The effect of higher prices would have a positive impact on the flight behaviour and consequently on our environment.

Together with “Kassensturz” an expert from the ETH Zurich calculated how much a flight really should cost. For the environmental economist Renate Schubert the flight costs blank out a lot of costs. [1]

If we’d burden more taxes on kerosene and the flight prices the total prices would be a lot higher than they are now.

Another example makes clear that also long distance flights are too cheap. That shows the following calculation of a flight from Zurich to New York:

After the inclusion of the different taxes and charges the results show a price that should be at least twice as high as it is now.

By Jeffrey Medina and Mark Mocan

On-topic posts on dontwastemy.energy
Aviation, emissions and new technologies
Have a pleasant flight with where2where

5 thoughts on “What are the true costs of an unsustainable flight?”