We have written an article about the City Park in Antwerp (google.be/maps). Our question was whether an urban environment would have an influence on the park’s vegetation or not.

The City Park, officially called the ‘Stadspark’, lays very close to Antwerp’s city center. The park has a lot of different types of vegetation. What we asked ourselves and wanted to find out is whether the city surrounding doesn’t have any effect on the plants.

[Zurich’s partner team contribution “How can plants survive in the climate change?“]

We have done an interview with people from “Natuurpunt” (natuurpunt.be), translated into English, this would be called Nature point – it’s a nature conservation association that operates in Flanders and Brussels. Having organized a meeting on site we have asked them several questions about how the city environment would influence the vegetation according to them. The interview has originally been done in Dutch, but these are the 3 most interesting questions translated into English:

1.    Does the busy city environment have a positive or a negative effect on the growth of the vegetation?

Both, it has a positive and a negative effect. Because a city is usually densely built, there is little room for the plants. In a city, there is also kind of a micro climate. Here, there is a higher temperature because of the great amount of concrete that stores heat. Because of the drainage pits, there is less moisture in the soil. The busy traffic creates a lot of CO2. This would normally promote the growth of the plant, but there is still some discussion about this. Other greenhouse gasses that are released in a city are also absorbed by the plant. This is less favorable because these harmful substances remain in the plant. As a result, the plant gets sort of poisoned. One way to give the plants more space is by for example building gardens on top of the buildings. You can also use walls to grow plants on. With more space, they’ll be able to grow better.

Photosynthesis plays a big role. Because of this process the plant grows better with a high concentration of CO2. The plant also filters the air and the harmful substances remain in the plant.

3.    Does the urban environment have a long term effect on the plants? Have they perhaps already changed compared to the past?

Yes, different plants have adapted so that they are able to survive in this urban environment. For example, there is a lot more nitrogen in the soil now compared to the past. Nettle has adapted so it can survive in this soil. Plants that do this are called generalists. The disadvantage of this is that they can become dominant. Some grass species are not able to live in such soil, the nettle is. Chances are big, that the nettle dominates and that this grass species will disappear.

Another problem is that foreign plant species sometimes end up in our ecosystem. This happens because they have been transported over here. They are usually very dominant over the native plant species, it is because of the fact that they do not have natural enemies in this ecosystem. This can be very dangerous for the ecosystem and it completely confuses it. An example of this is Japanese Knotweed (wikipedia.org).

Something interesting happened in the park in the last months/year. The water pond which once was completely filled with water has completely dried up. The reason is the groundwater being at a very low level, which may be an indirect consequence of the urban environment. Of course, when the pond is empty, the soil around it will be less moisturized which in its turn will have an impact on the vegetation. 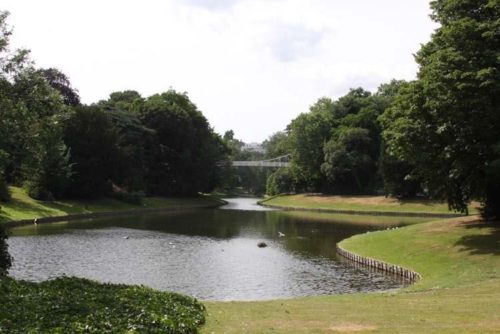 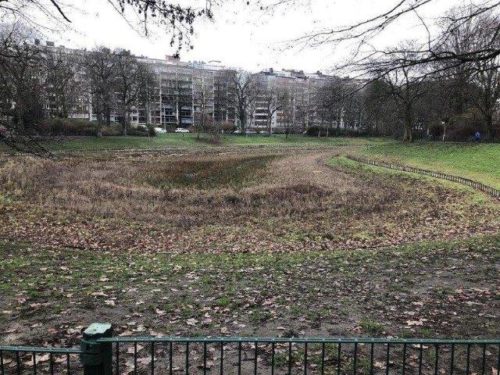 The city has an influence on the wellbeing of the plants, both negative and positive. Because of the high concentrations of CO2, the plant can do photosynthesis much better. A negative effect of the city environment is for example the plant poisoning himself by absorbing the other harmful greenhouse gases. But the most important thing is that the plant can adapt to these conditions and therefor survive.

Sources
All information is based on the interview with the experts from Natuurpunt.

[Zurich’s partner team contribution “How can plants survive in the climate change?“]