Wild animals do not only live in the wilderness. They could also be sighted in public zoos, animal- and wildlife parks. More and more wild animals are also kept as pets at home.

The following wild animals may be hunted in the city of Zurich:

People and animals do not always have a good relationship with each other. The following conflicts often occur:

Human interaction with wild animals is regulated by various legal decrees. According to the law, all vertebrates (Wirbeltiere) are considered as wild animals. In addition to the principal of a law article, the general provision of the animal protection legislation as well as some special provisions must be observed when dealing with wild animals.

2. Why do the wild animals flee to the city?
Mr. Nagel said that flee is the wrong word. It is rather that the animals expand their habitat. As cities get bigger and bigger, more wild animals are coming into the cities to live there. The food supply in cities is enormous for them. Other animals also find their new habitat there and they adapt to the new environment. For example, pigeons’ build their nests in niches of buildings to raise their offspring there.

3. What are the consequences for the animals?
If the pigeons continue to multiply so rapidly, soon there will be no more niche places for all pigeons. When originally wild animals get used to a new environment, their behavior changes but also their appearance. A perfect example of this is the dog. Dogs are descended from the wolves; with the time they have changed externally and as well as their disposition. If you feed the wild animals or even let them into your house, they get too used to people and they quickly turn into pets. Other animals shift their activity time to the night so that they do not have to meet people. So, day active animals become night active animals.

4. What are the consequences for the humans?
If animals increase their presence in the city, it can have consequences for the people living there. Mr. Nagel said that humans as well as animals are dependent on nature. The animals also have the right to live in the city, if they feel comfortable there. However, it can happen that some people are frightened when wild animals suddenly appear in their garden. Some people also feed the animals, which is basically bad for them. Some animals can also transmit serious diseases. An example of this is the fox. If he pees on berries. And the berries are eaten without washing them, you can be infected with the fox tapeworm (Fuchsbandwurm).

7. What is your personal experience with wildlife in the city?
Mr. Nagel himself has seen squirrels, beavers, a badger and a deer in the city of Zurich.

8. What is your personal opinion about wildlife in the city?
For Mr. Nagel, it is important that people realize that the city is also an important habitat for animals. The living conditions of the animals should always be respected. People should also know that animals are a part of nature, just like people, they should respect animals and take care of them. However, no one should try to make them pets.

9. What is your opinion about the following statements?

a) Wild animals should not live in the city, only in the forest and fields.
Mr. Nagel cannot agree with this opinion.

b) Wild animals in the city should be fed by people.
As he said the animals should not be fed.

c) People have a moral obligation to give wildlife a home even in the city.
For him, that’s an attitude thing. We should always be aware that everyone is a part of nature. So, people should not see themselves as rulers but rather as equals.

d) Humans should create spaces for animals even in densely populated areas that humans do not enter to promote better coexistence.
We should always be dutiful to nature. Not only in the cities but all over the world, because we have only one earth to live on and therefore, we should protect it. But it would be worthwhile to think about it for smaller habitats.

e) Problematic wildlife in urban areas should be allowed to be shot by hunters.
In principle, Mr. Nagel agrees with this statement. In the city of Zurich, it is the gamekeepers (Wildhüter) who take on this task. This is mainly the case when an animal is obviously suffering, i.e. when it is seriously ill or has been hit by a car but had survived only seriously injured. 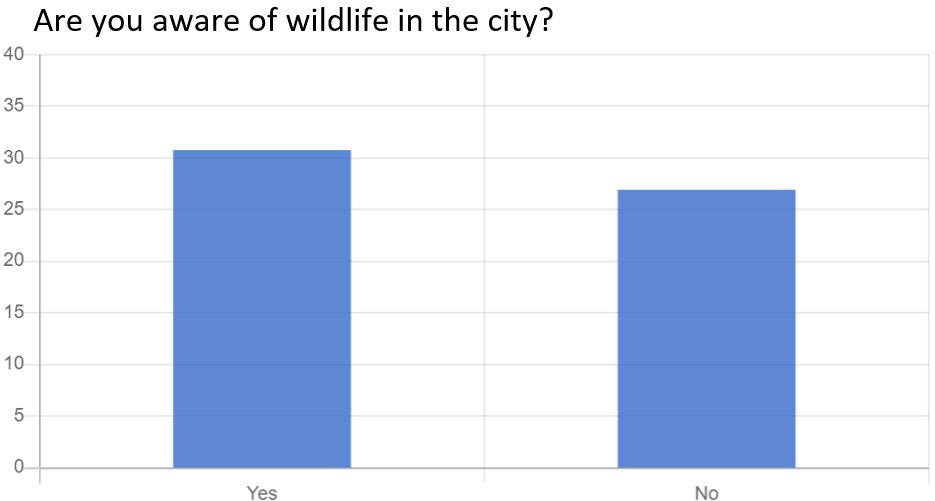 1) Are you aware of wildlife in the city? 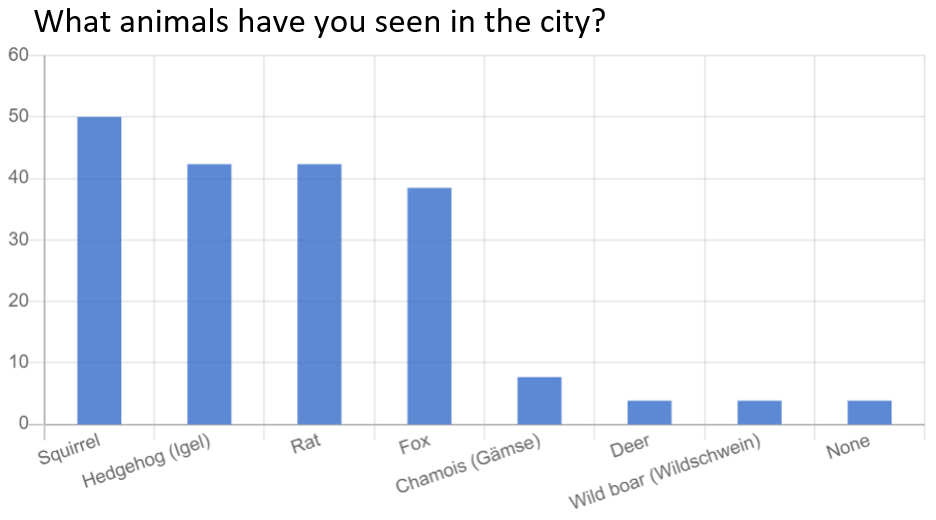 2) What animals have you seen in the city? 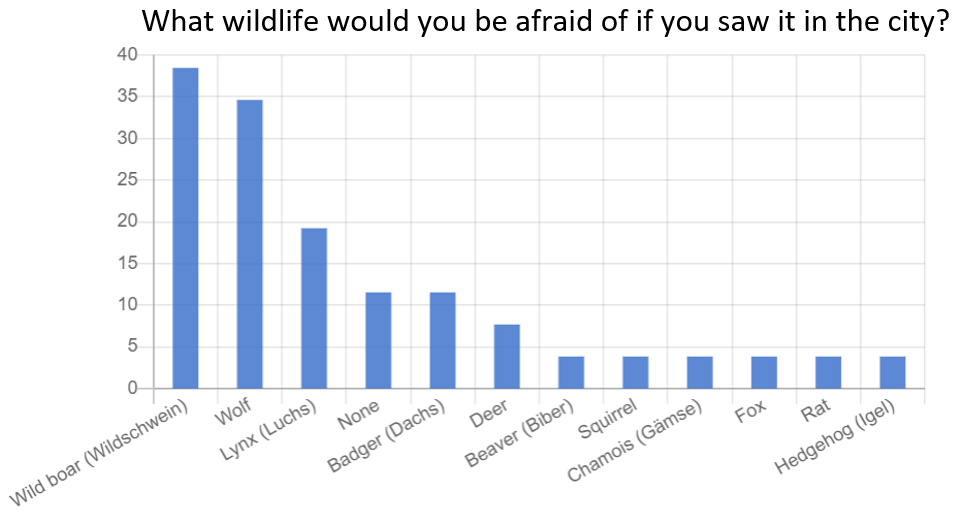 3) What animals have you seen in the city? 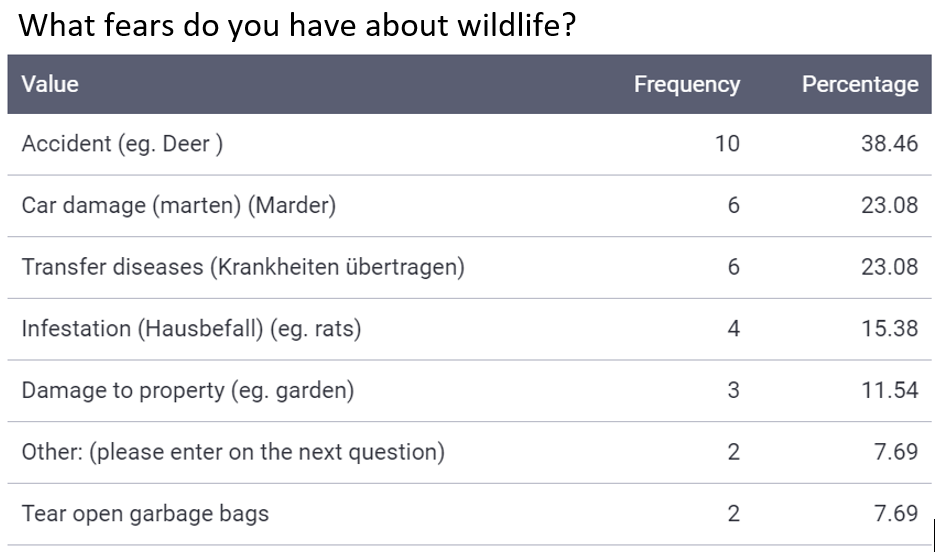 4) What wild animals would you be afraid of if you saw it in the city?

5) What fears do you have about wildlife? 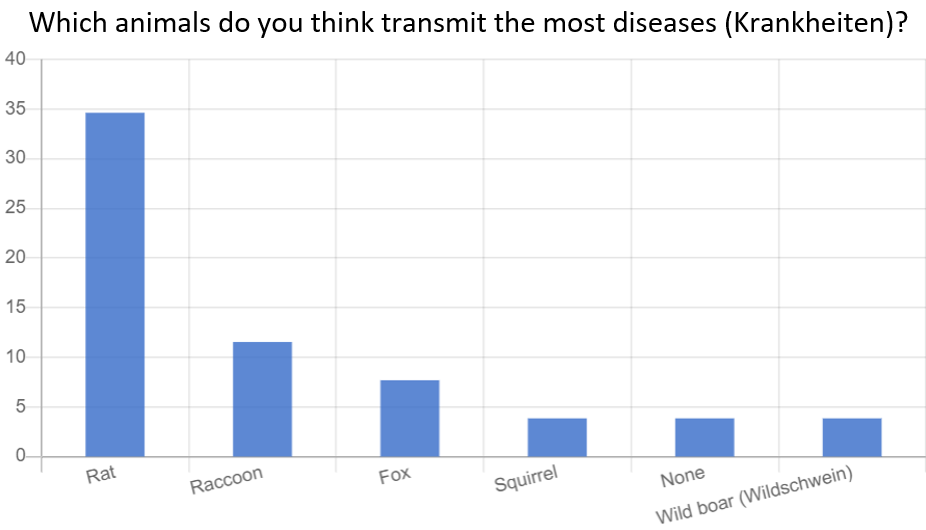 6) Which animals do you think transmit the most diseases (Krankheiten)? 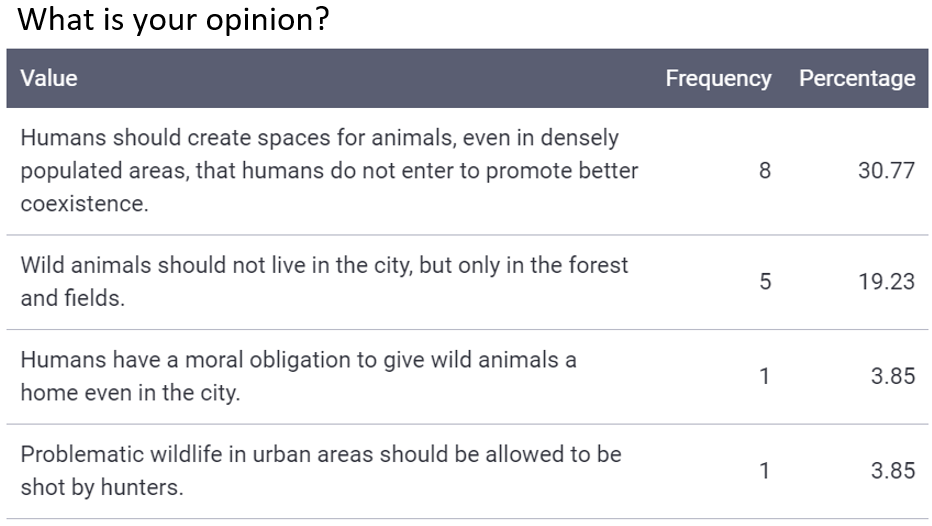 7) What is your opinion? 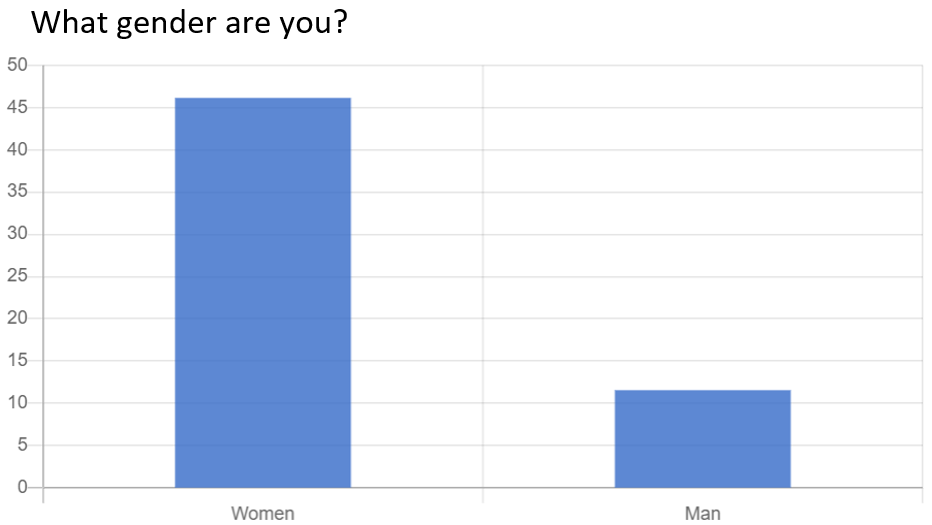 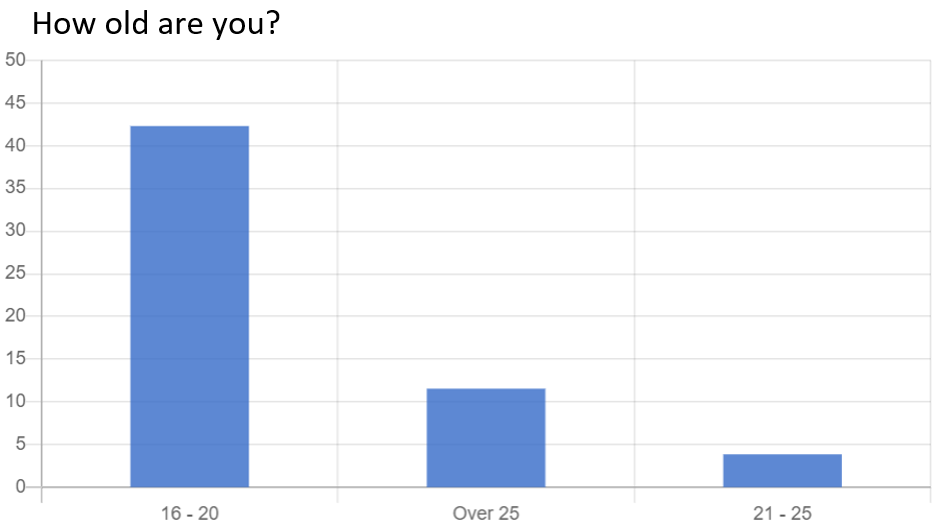 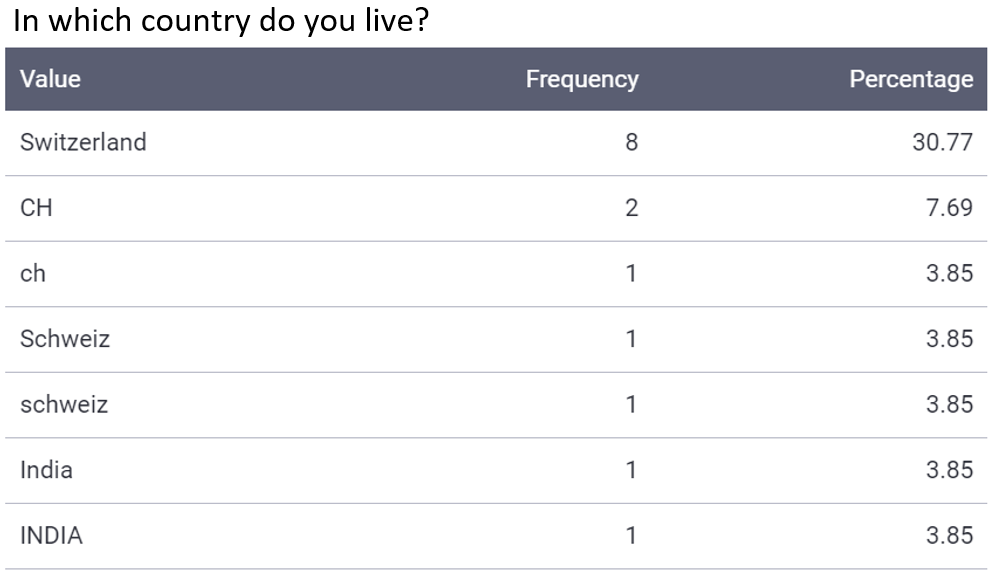 In which country do you live?

Here is our conclusion of our survey. Fifty percent of the people who participated in the survey were aware of wild animals in the city. The animals we’re most aware of are: Squirrels, hedgehogs, rats and foxes. For the question “What wildlife would you be afraid of if you saw it in the city?” the most selected answers were: Wild boar (Wildschwein) or wolf. Many participants are afraid of accidents with wild animals but also that they could transfer diseases. They also think that rats are the animals which are most probable to transfer those diseases. Most participants agree with the mentioned opinion one.

Before we researched this topic, we had no experience about it. We have only seen a fox once in the city of Zurich.
Through this project, we learned a lot. For example, we thought that the animals are only in the city because we humans constrict their habitat. However, they come to the cities because the food supply is very large.
We thought that the animals are hunted in the city because they are unwanted. But the gamekeepers only have to rescue them if they are injured and suffering.

Pictures:
[1] Stadt Wildtiere (zuerich.stadtwildtiere.ch)
[2] Ueli Nagel (gruenezuerich.ch)
We would like to take this opportunity to thank Mr. Nagel for the interview and the permission to use his images.

4 thoughts on “City animals in Zurich”