Why did I choose this project?

I have been interested in general aviation for a long time and was already able to gain some experience in the cockpit by flying a small aircraft. Since I am also considering the profession of pilot in my future career choice, this project was a good choice. I like to fly, so I’m also interested in what effect flying has on the environment and what possibilities there are to fly in a more climate-friendly way.

Here are the ideas to fly more environmentally conscious:

Pros: significantly quieter, do not emit CO2 when flying
Cons: to produce and dismantle lithium batteries are not good for the environment

The planes got powered by hydrogen

Pros: no CO2 is emitted at all
Cons: Much more is needed than kerosine, so you won’t be able to fly as far as today

Biofuel is obtained from renewable sources like palmoil and others

There are also some other options how to fly without kerosene, but in my opinion these three are the ones with the best future.
Good to know: In 2023, Swiss will be the first airline to take off fully fueled by solar paraffin.

The coronavirus had a very strong impact on air traffic. The airline industry is currently recovering strongly.
Here is an example of the live radar:

Reaction from the airline Swiss

At times, Swiss parked almost his entire fleet of aircraft at the Airport Dübendorf to save costs. [2]

What is the impact of the air traffic on the environment?

Everyone knows that flying is not good for the environment. But often there is no other way to get to our target destination.  Now I ask myself how environmentally unfriendly flying really is.

Air traffic is responsible for 2.5 % of total Co2 emissions. This does not sound like much, but if it were a country, it would be the 5th largest emitter in the world. [1]

The route from Munich to Frankfurt by plane causes CO2 emissions of 140 kilos, whereas the same route by train only causes emissions of 17 kilos. [3]

To find out how much the people fly in general and for what reason I created a survey. Conducting a survey I wanted to find out what extra price people would pay to fly in a more climate-friendly way.

Information about my survey

My survey was filled out by about 4o people. Most of the responses came from people between the ages of 15 and 18 who live in Switzerland. Most people in Switzerland prefer domestic airlines such as Swiss or Edelweiss. Almost all people need air travel mainly to go on vacation. Only a small percentage also rely on it for business. Almost everyone knows that flying pollutes the environment, but hardly anyone would give up flying completely.

How often do the people fly per year?

Which ticket would they chose? 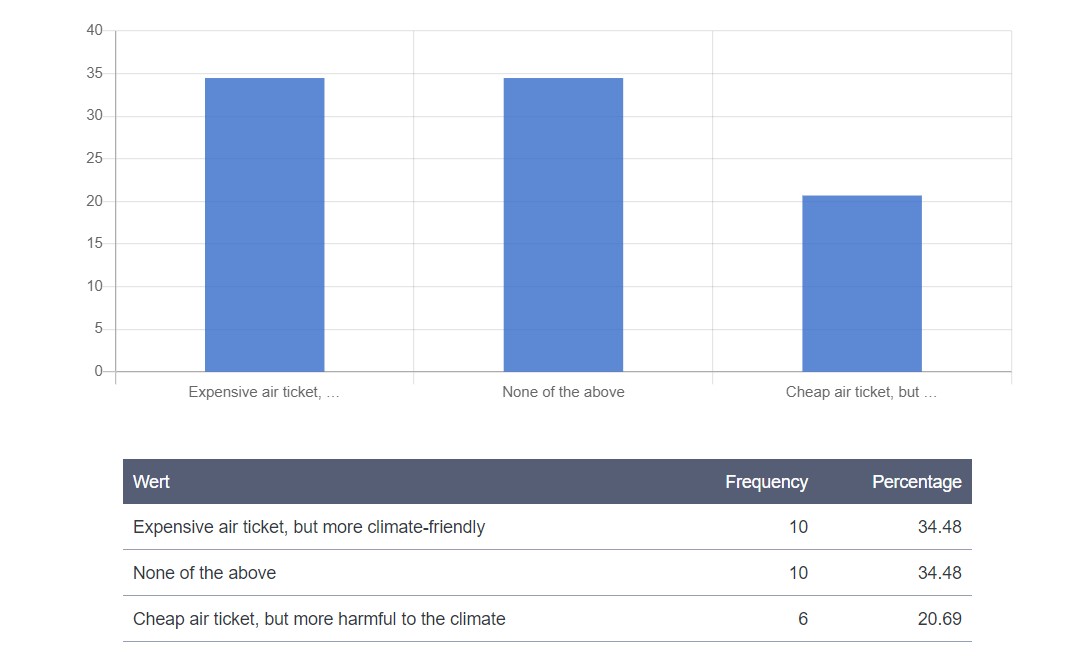 How much would they pay more for a ticket? 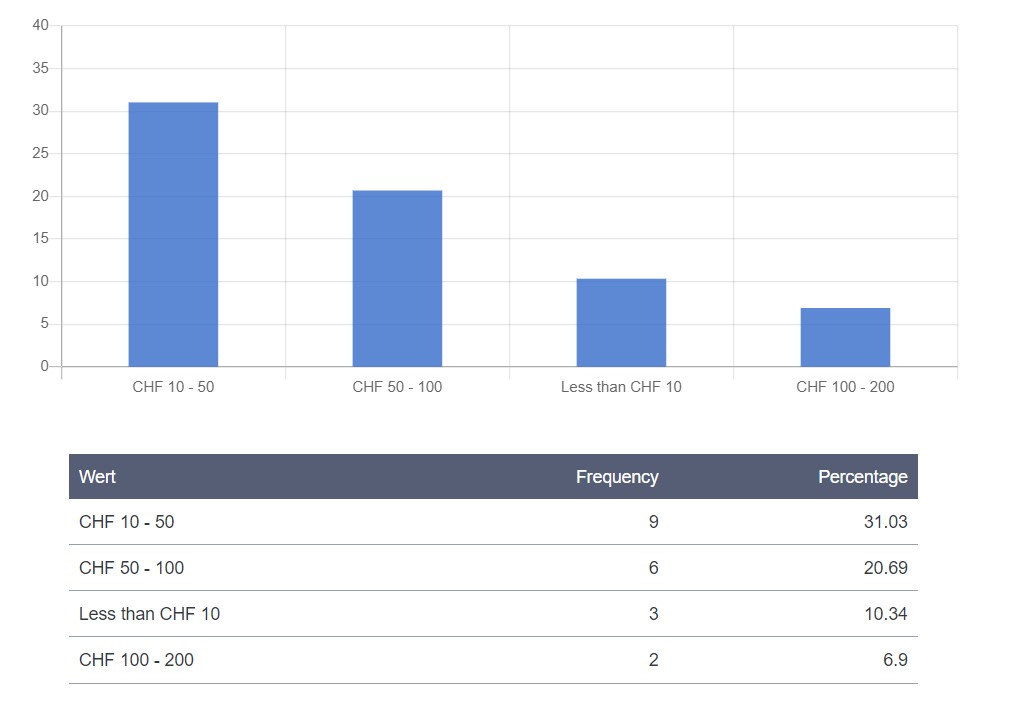 Other posts on dontwastemy.energy about airplanes

One thought on “Airplane technology”