Plastic waste is a well-known problem. Even though it is known, it is not taken serious enough. In collaboration with a few of our relatives from Croatia and Kosovo, we’ve created a post that will help you understand what plastic pollution is and how it affects us. For this event, we’ve initiated a self experiment and spread our self-made survey around. Keep on reading if you’re interested in the results!

Plastic is extremely useful in modern life, as we use it for so many different things. We use it for packaging, in clothes, make-up and hair products and so much more.
Now we also know that plastic is overused, which basically means that we are creating waste by using more plastic than we need.

What exactly is plastic waste?

Plastic is a petroleum product. The production and disposal of plastics generates greenhouse gases and hazardous waste (gefährliche Abfälle). The plastics and chemicals released are accumulating on land and in oceans, ice and air, and the resulting damage to human and environmental health is not taken seriously. Most plastics are not recyclable, and the majority are not biodegradable. Furthermore, plastic products are often broken down into very small pieces called microplastics that can contaminate ecosystems and damage organisms. [2]

How bad does the plastic problem affect us?

Plastic is everywhere, likewise, plastic waste is widespread. It has been found, for example, in Arctic sea ice, beer, farm soil, trout and other wild freshwater fish, shrimp and other shellfish, songbirds and seabirds,  human placentas, the Great Pacific Garbage Patch and wilderness areas. While the impact of plastic waste on sea life is well documented, scientists are only beginning to measure plastic’s effects on humans and human fertility, land ecosystems, and crops and other plants. [2]

As of 2018, Switzerland generated about 100kg of plastic waste per person, more than three times as much as the European average.  Over 3/4 of the 1,000,000 tons of plastic consumed in Switzerland is disposable packaging material. Switzerland stopped burying rubbish in landfills more than 20 years ago, which means that whatever is not recycled is burned to generate energy.
Source: Susan Misicka, 2018 Plastic: How can the Swiss use so much and recycle so little? (swissinfo.ch)

Why things need to change

The main ingredients in plastic come from oil and natural gas processing. Both ingredients are fossil fuels. Different molecules are used to make different types of plastic, giving them distinctive properties and chemical structures. Manufacturers also mix in additives to give specific products their desired quality. These chemicals, such as colorants, plasticizers, flame-retardants, stabilizers, fillers, reinforcing fibers, and biocides usually contain harsh and dangerous components, including lead, arsenic, and cadmium compounds, as well as BPA (cdc.gov) which can harm human-fertility. [2]

We tracked our plastic consumption for two weeks. We asked our relatives back in Croatia and Kosovo, who are not very environmentally conscious since they come from an elderly generation, to do the same and our goal was to see how much plastic was consumed in the different countries.

In the header picture you can see the amount of plastic waste created by just one person during lunch time, in Switzerland. 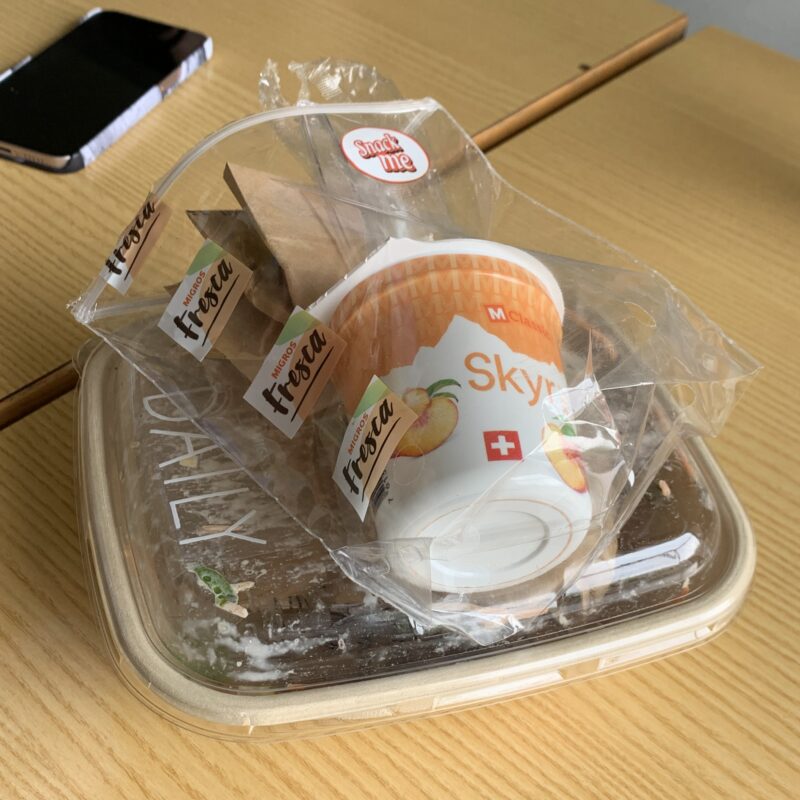 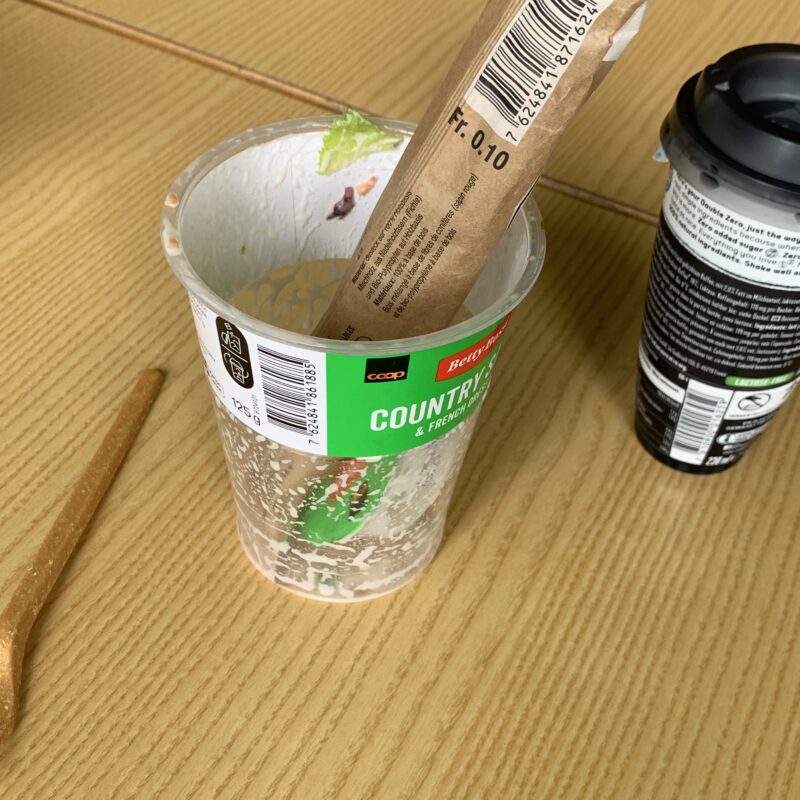 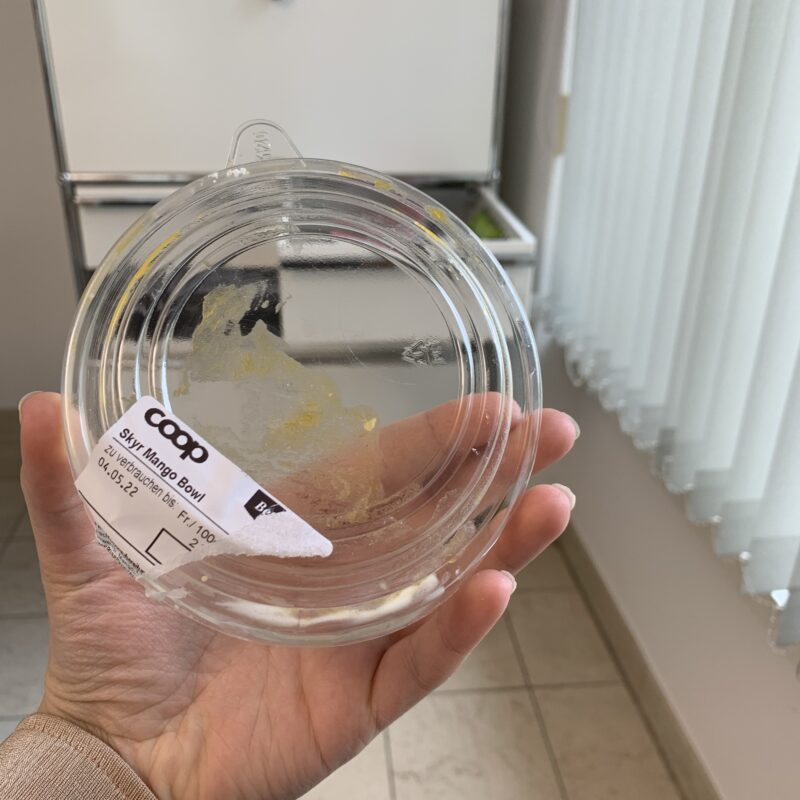 In these pictures you can see a few examples of the waste created by the Switzerland team during lunchtime.

Now let’s do some math:
We’re at school two times per week. If two people create this amount of waste at least twice a week, it adds up to a large amount. The amount of plastic generated by us would fill up about a 35 litre trashbag. 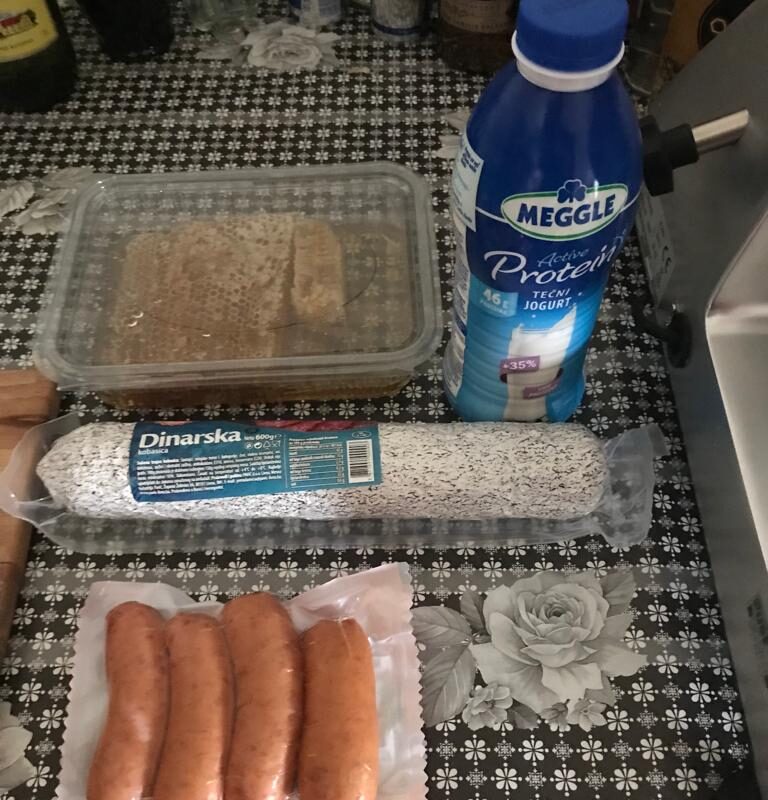 Groceries bought by our collaboration partners in croatia 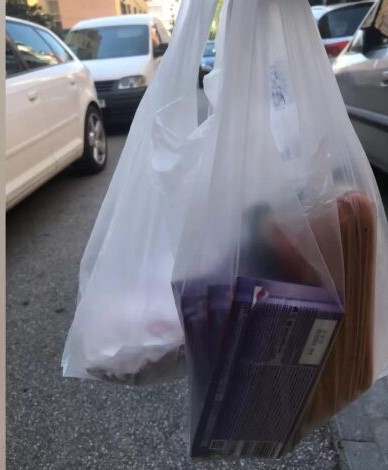 Groceries bought by our collaboration partners in kosovo

This is an example of what our relatives buy during grocery shopping. In the Balkans there is also a problem with plastic packaging, especially with plastic bags.

Meanwhile, we also created a survey to see how much plastic is consumed by people around us and how much they know about plastic pollution. Unfortunately only 12 people participated in our survey and most of them were from Switzerland; the rest were people from Croatia and Kosovo. Our survey was spread around our school, “WKVW” in Wetzikon ZH, and also by Angela and Liranda on Social Media Platforms such as “Snapchat” and “WhatsApp”. Despite the small response rate, we share the results, even though this survey is not conclusive. Perhaps it will serve as inspiration or give a hint to future collaboration teams. 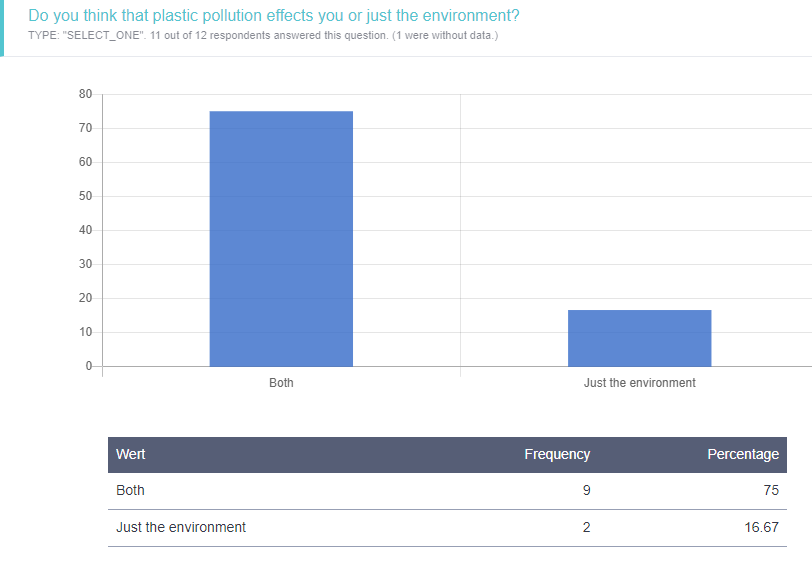 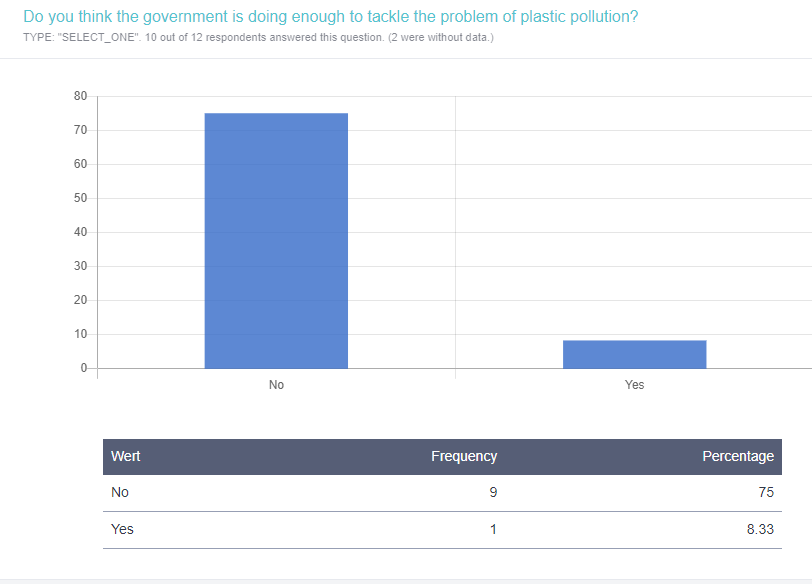 We consume an enormous amount of plastic, and this is quite disconcerting. Since we’re so used to plastic being all around us, we are not aware of how many products wrapped or packaged in plastic we buy.

We talked to our relatives about plastic bags.
In the Balkans, it’s very common for cashiers to pack your groceries for you, usually putting them in thin, cheap plastic bags. Since the bags are poor quality, you can’t put more than two things in them, resulting in even more plastic waste since you must use a lot of bags for just a few groceries.

We introduced our relatives to reusable bags. Instead of using plastic bags, they will now use bags like these:

We also got to learn about how people in the Balkans dispose of their waste: Burying or burning it.
Now we know that that is quite bad for the environment, but there usually is no other way of disposing of their waste. The government doesn’t provide other ways so people take matters into their own hands.

Changes for the Team Switzerland

Here in Switzerland, our team had a long discussion. We could try to do loads of things such as:

In the end, we decided to:

Our society generally consumes too much of everything. We need to change our behavior for things to get better.
We hope you can take some inspiration from our post and try to make a change yourself!

[1] Plastic: How can the Swiss use so much and recycle so little? (swissinfo.ch)
[2] How Big Is the Plastic Problem and How Can We Solve It? (scienceexchange.caltech.edu)

[3] Selfmade by both teams.

How much waste is produced while shopping?
Made of 200 million years old organics – plastics
Help Clean the Ocean and Coastlines
Sustainable Packaging
An alternative to the common doggy dirt bags