In our project you will learn about the difficult situation the corona crisis had created in Cuba and see the comparison to Switzerland – If you are interessted, we are happy to read your comment if you want to!

Cuba and Switzerland are two very different countries. While Switzerland is a very wealthy country with a lot of export in various countries and an excellent welfare, is Cuba the perfect example for how the opposite political system works out. But the one thing that those two countries have in common is that they both have been affected by the Coronavirus as well as the rest of the world. That is why we will compare the effects that the virus had on Cuba and try to compare it to Switzerland.

We want to show with our project what impact the virus had on a country with a weaker political and economical stability and compare it to Switzerland.

First thing that comes to our mind when we are thinking about Cuba is traveling and holiday. Reason for that is the beautiful landscape and beaches that the country is offering and the big touristic offer the country has. But there is much more to Cuba than just stunning beaches and sunny warm weather.

Mr. Gerber who is teaching economics and accountancy at the business school Wetzikon, Switzerland, has got a good impression of the touristic view of Cuba. He has visited the country in December 2021 and answered a couple of our questions about the time he was there:

How was your time in Cuba?

Beautiful! Cuba is as a travel target very special. A lot of infrastructure is in bad condition because the government is not taking care of it and a lot of the things are improvised because of that. On the other hand you feel like you are in a communicative center. Most of it is far from perfect except of the stunning beaches and the weather.
I was there over Christmas and it was kind of a strange feeling to swim in the warm sea and lay in the sun without getting cold in December.

What does the government against the pandemic?

Even though tourism is the most important source of income in Cuba they did close the country for the whole world except Russia until the middle of November 2021.
There is no such Corona discussion as it is in Switzerland. In Cuba the government says what the policies are. Criticism at those decisions are not welcomed and the people can end up in prison really fast if they do not pay attention on what they say. But the people who live in Cuba are used to that. There were lockdowns for month and the people accepted it because the police could give them very high fees if they did not stick with the rules. In addition to this the government advertises the vaccine and Corona awareness a lot.

How was it living with those policies as you were there?

There were hardly any policies when I was there back in December. Depending on the family there were some slight precautions but for the most part everything was like before the pandemic.

How changed Cuba since the pandemic happened?

Cuba had bad economical times even before the pandemic. With the world wide situation, the tourism could not happen anymore which is the biggest income of the country. Cuba has had a bad credit rating for a very long time and can not import things from other countries because of that. That is why the country can not react on the lack of pretty much everything .

Because of the fact that Cuba reorganized its monetary system while the pandemic took place there was an inflation of 60%!Everything is more expensive that before and a lot of people are leaving the country in order to find a job to support their family in Cuba.

Would you criticize the way the government handles the situation?

The Problems are divers which makes the country economically interesting.

What do you wish for the future of Cuba?

Cuba is leaded by only one political side. I wish that this would change and the government would be more open-minded about new things. But that only can happen if they would accept criticism and not only thing about how they can keep their power.

On the other hand we have talked to Jasmine Armuzzi, Savina’s aunt who lives in Cuba, Havanna since eight years. She sees the economical problems even better.
USA has given Cuba an “economical embargo” in 1962 which means that every country, company or bank who has an agreement with USA is not allowed to ship or trade with Cuba. This embargo affects many markets such as raw materials, money, technical devices etc.

In comparison to other countries had the corona situation a relatively low impact on the country at first because of the fact that Cuba is an a very warm Island. But as there were around 100 cases per day the government closed the country completely. Many people left the country beforehand and signed a form to confirm that they will not come back until the third phase of their Corona policy. Because of Cuba’s closure the most important source of income, the tourism, fell away which made the problems that the country had even worse. The mask on the other hand who was new to us from Switzerland was in Cuba since the beginning of the pandemic. Every time you would leave the house you had to wear your mask even outside.

In addition to all those policies the government banned going to the beach or doing sports outside. Everyone should stay inside for over one year. Even children were not allowed to leave their houses and go to school. When the whole country got vaccinated for the third time the government did open up the country a little bit. This day was celebrated from every family in every part of the country.
The corona situation itself was never as bad as it was in Europa but because of the fact that Cuba was not in a stable economical state beforehand and had no financial reserves to help people and companies who needed it, it made the crisis even worse and lead into the situation they are facing today.

The food provision is the biggest problem in Cuba which got even worse since the pandemic. In the past two years while the pandemic was happening the government gave the public two food packets which contained: 5 kg rice, 2 kg spaghetti, 1 kg salt and 2 kg beans. People have to worry about how they are going to eat the next they and stand in rows for five hours or more just to get food for the current day. Grocery shopping as we know it in Switzerland is not possible. Because of the Embargo there is simply not enough food to feed the whole population that Cuba has which increases the strong poverty even more.
After the Corona pandemic the inflation of the Cuban Peso has increased to 67%. This means that food costs more than in Switzerland even though an average Cuban person earns around 35 francs per month. For example 30 eggs would cost around 40 francs. The prices for water, energy, gas etc. increased around 400%

The biggest difference in how the two countries handled the pandemic is in the discussion. Every person wanted to talk about the policies, decisions and had there own opinion whether there are good or bad. This discussion got promoted by the media, demonstration and every individual. There were votes and a big exchange and flexibility of the Swiss politics. In Cuba there is the option of the government which is the only opinion that is valid. There is not any discussion or exchange between the people and the government because Cuba has only one camp. An other thing is the economical aspect. Switzerland is wealthy, very open to new partners to trade with and very stable. Cuba is the exact opposite which still is a result of the Cuba crisis in 1962. 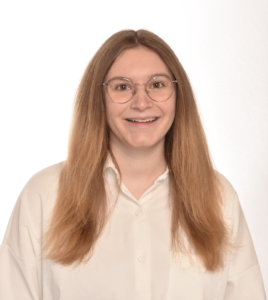 Resource how the people feel (thenewhumanitarien.org)