Where do the raw materials and components come from?

Copper is contained with 0.01 percent in the earth’s crust. Rarely, copper is considered as pure metal. There are now a few hundred copper minerals called ores. The most important copper ores are: chalcopyrite, malachite and boronite. More than 50% of the world’s copper is derived from these minerals, which is the most productive source. [1]

How is copper produced?

Metals are found as ores buried in the earth’s crust. How do we get to the final metal? There are three main phases: mining, extraction and cleaning.

There are two methods for breaking down ore:

Underground construction: Construction of a vertical shaft in the ground to a corresponding depth and propulsion of horizontal tunnel sections into the ore.

Opencast mining: 90% of the ore is extracted using this method. Near-surface ore deposits can be degraded after removal of the surface layers.

The ore must be chemically converted into metal. This process is called reduction.

Many metals are unclean when they are extracted from their ores. Contaminations must be removed. Copper is purified by electrolysis. In this process, impurities on the soil and copper are trapped in so-called electrolytic cells. The copper obtained by this process is 99.99% pure copper. [1]

Where is copper produced?

In which products can we find copper?

The first is to visually inspect the copper scrap and separate it into two main groups; clean unalloyed scrap and scrap that is alloyed and includes oxidised or coated pieces.

Electrolysis involves immersing copper anodes in an electrolyte containing copper sulphate and sulphuric acid. Pure copper cathodes are then arranged between the anodes and an electric current is passed through the solution. Copper atoms dissolve from the anodes and form copper ions, which then migrate towards the cathodes and are deposited as pure copper atoms.

Sometimes when copper scrap has been tinned or soldered, these elements are retained rather than removing them by refining. This is because bronzes and gun metals often require these elements in their specifications, so it is more cost-effective to retain them. This kind of scrap is instead simply melted, cast into moulds and sent to the foundry.

The purest grade of copper is used for fine and super fine electrical wiring, as it has the best conductive properties. Lower grade copper is used to make everything from heat exchangers to plumbing and roofing materials.

Because recycled copper is worth up to 90% of the value of newly mined copper and requires much less energy to produce, it has been and remains the most sought after non-precious metal for recycling and it will continue to be so into the foreseeable future. [1]

Why do we need copper?

Copper is a part of very important enzymes. This element is involved in many bodily functions: It works among other things as antioxidants, contributes to the formation of blood, is involed in the production of energy and influences the immune system and inflammations. [4]

We made a survey about copper. It was very fascinating to see the results. The answers showed us, that most of the people know what copper is and how copper is produced. [4]

36% of the participants knew, how copper is produced. 52% of the participants knew, what copper is.

by Cécile Kienzi and Kim Löffler 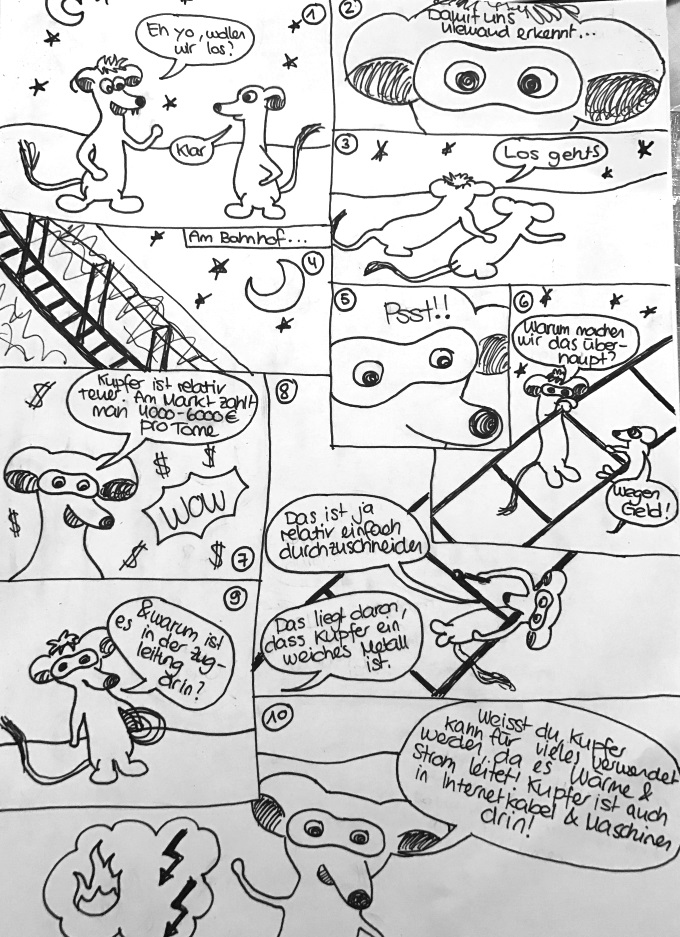 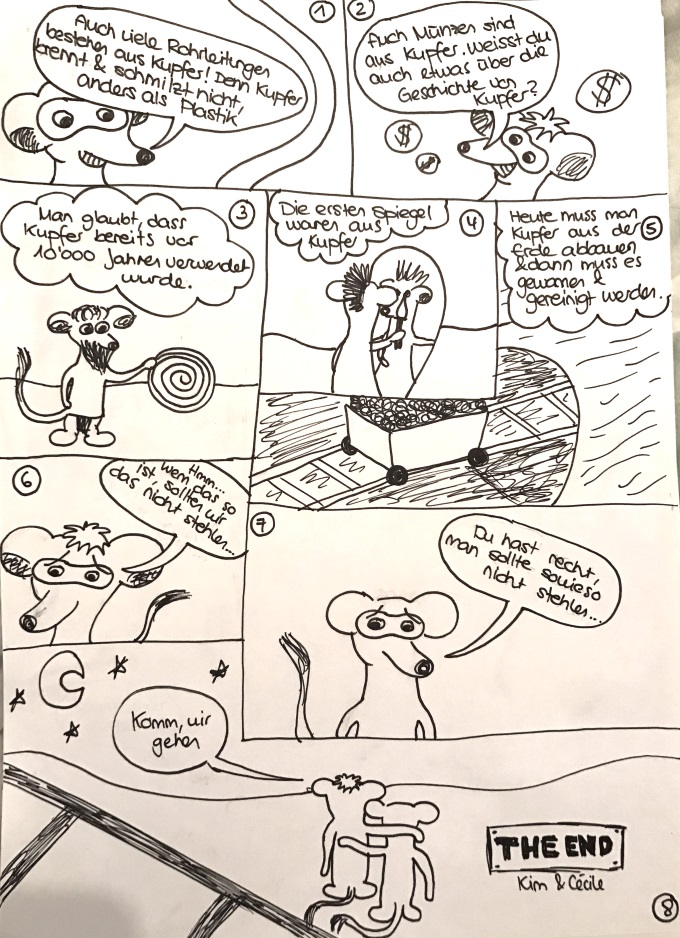 9 thoughts on “A life without copper – is it possible?”