The NEST (Next Evolution in Sustainable Building Technologies) is a research and innovation of the Empa (Swiss interdisciplinary research institute for materials science and technology development). We want to obtain closer information about the Nest, which is placed in Dübendorf, Canton Zurich, Switzerland. In the information is included, where the project came from – was there a prototype of the Nest? And why this project started. Afterwards we want to get in touch with the building. We will find out which resources are used and how long it took to build the main building. Another question which needs to be answered is the questionable costs. Was it worth it? If yes, why and if no, where is the issue. Not to forget is to find out, in which case is the innovation useful. Is it a residential building or can it be used as an office building? Are there buildings similar to the Nest in other countries? Therefore we could ask Empa directly.

What we knew before our research

The project Nest is an innovation and in the international research it is of high importance. Which resources are used for the building Nest? We’re not quite sure, but we think this building is built of wasted and recycled materials from Switzerland. In Switzerland we have a lot of beech (Buche) and they are not well-used for our new buildings. Therefore the Project Nest didn’t want to avoid using beech as a resource. This means we don’t have to use the wood from the amazons, which is great, because the forest is in danger. Plus with this way, we can reduce our footprint, which is a big goal of our future. We think, we will discover a lot of advantages of the Nest, because we heard that the project accomplished a lot of discovery.

What we found out after our research

The Nest has ten different units. Their names are:

In the UMAR unit (Urban Mining And Recycling), the concept of circulation plays a central role. The used materials are not consumed and then disposed of; they are taken from a technical or biological cycle for a certain period of time and are later returned to these cycles.
At the same time, the Urban Mining & Recycling unit is a temporary material warehouse (Lagerhaus) and material laboratory. [2]

The goal of the DFAB House is that a steel wire grid (Stahldrahtgitter) is produced with a robot in high precision and then filled with cement. Thanks to the narrow meshes of the grid and the specific cement mixture, the liquid cement does not flow out. The steel wire mesh takes over and combines the two functions formwork (Schalung) and reinforcement (Bewahrung). [3]

The Water Hub is dedicated to the following research topics:

Use nutrients from urine instead of flushing them down
Aurin has been available as a dung (Dünger) on the Swiss Market since 2015. Among other things, Aurin arises from urine, which is collected separately in the Nest.

Preparation and use of greywater
Greywater (Grauwasser=fäkalienfreies, gering verschmutztes Abwasser) is lightly polluted water from showers and washbasin. The treatment and use of greywater saves around 50% of fresh water when the treated water is of sufficient quality, not just for toilet flushing, but also for washing, cleaning and watering.

Wastewater as a source of energy: extraction of energy from faeces
The poor or non-existent treatment of faecal sludge (Fäkalschlamm) is a worldwide problem. The biggest barrier is the dewatering of faecal sludge (Fäkalschlamm-Entwässerung). In this project we gain basic knowledge in faecal sludge dewatering. We use this knowledge to investigate how the treatment can be improved and further developed in such a way that it also enables the recovery of resources. [4]

Here is a short video of the Nest, so you can get an idea how the building looks like:

We thought that the costs for the construction of the Nest building would contain about 10 millions. In fact the amount is twice expensive than the three other buildings, which are obviously cheaper than the Nest. However the Nest is built with recycled materials. The thing is that the Nest costs were high for the construction, but for the future they will not have high costs, because the new innovation has sustainable electricity and heating. Those are self-made by the building and don’t need to be taken from external manufacturing. In an apartment block or in the school they will have high costs after the construction (for example heating, electricity etc.). So the Nest is well-balanced.

When we visited the Nest, we asked our tour guide the questions, which we mentioned in the introduction. The idea comes from Sweden, but there was no prototype there. Although, before Nest Empa had built his own prototype named “self”, which the name already tells, a building which can “live” by itself. It took one and a half year to build the main building, but each unit took more time to finish. The amount of the construction costs we have already mentioned above. We asked Empa, if it is worth to built a building like Nest. Is it not too expensive?

Well, for now it is. But the next goal of Empa for  the Nest is to transfer the whole idea to the market.” They are trying to lower the expenses. This is why they believe that in the future there will be more buildings like the Nest. The best part in the end is: this innovation can be used for every type of buildings. For living accomodation, for office work, for the gym and others. We are pleased to hear about that. This is why we got interested in the whole project.

By Bleona, Valentina and Onur

Here are some pictures we took on the day we visited the nest. 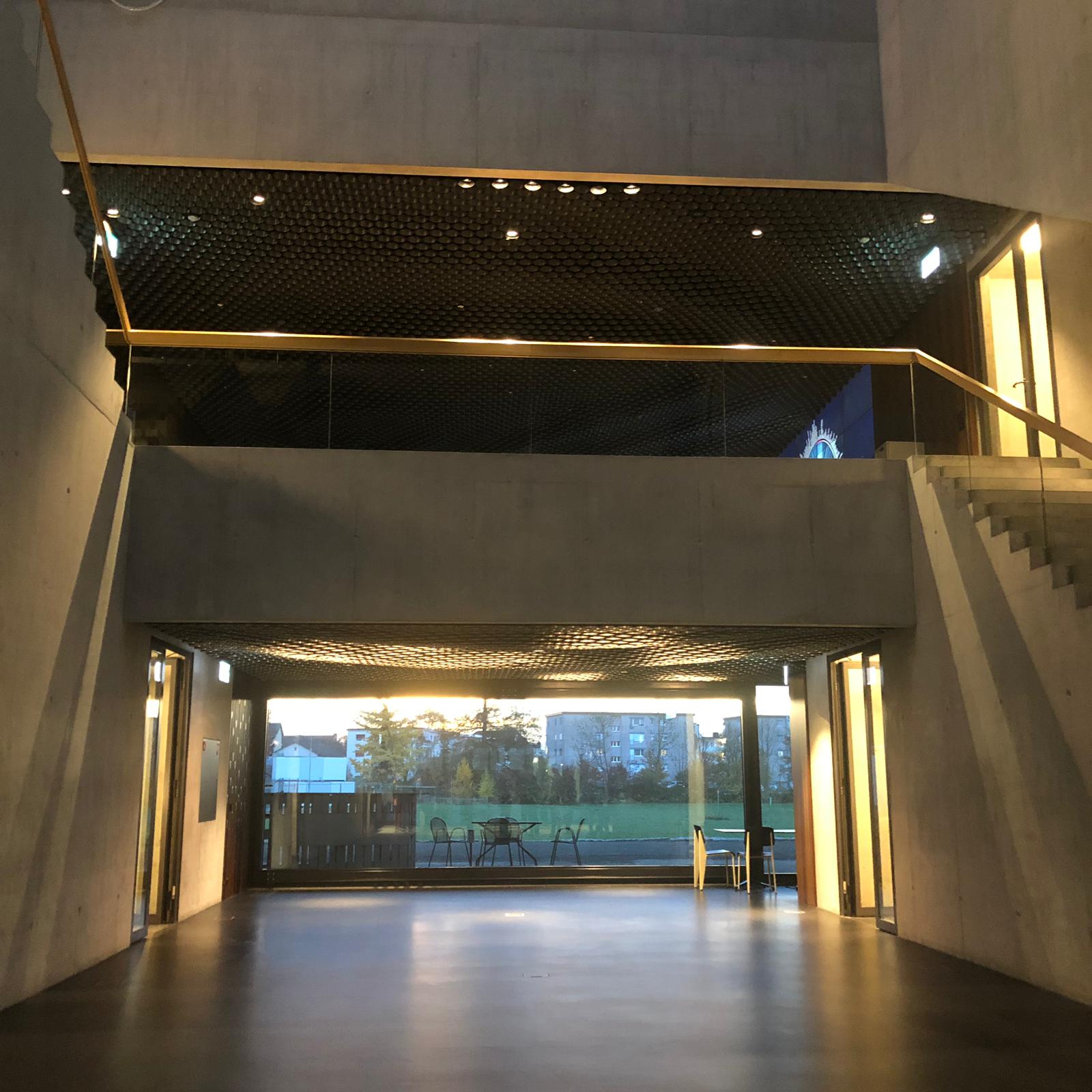 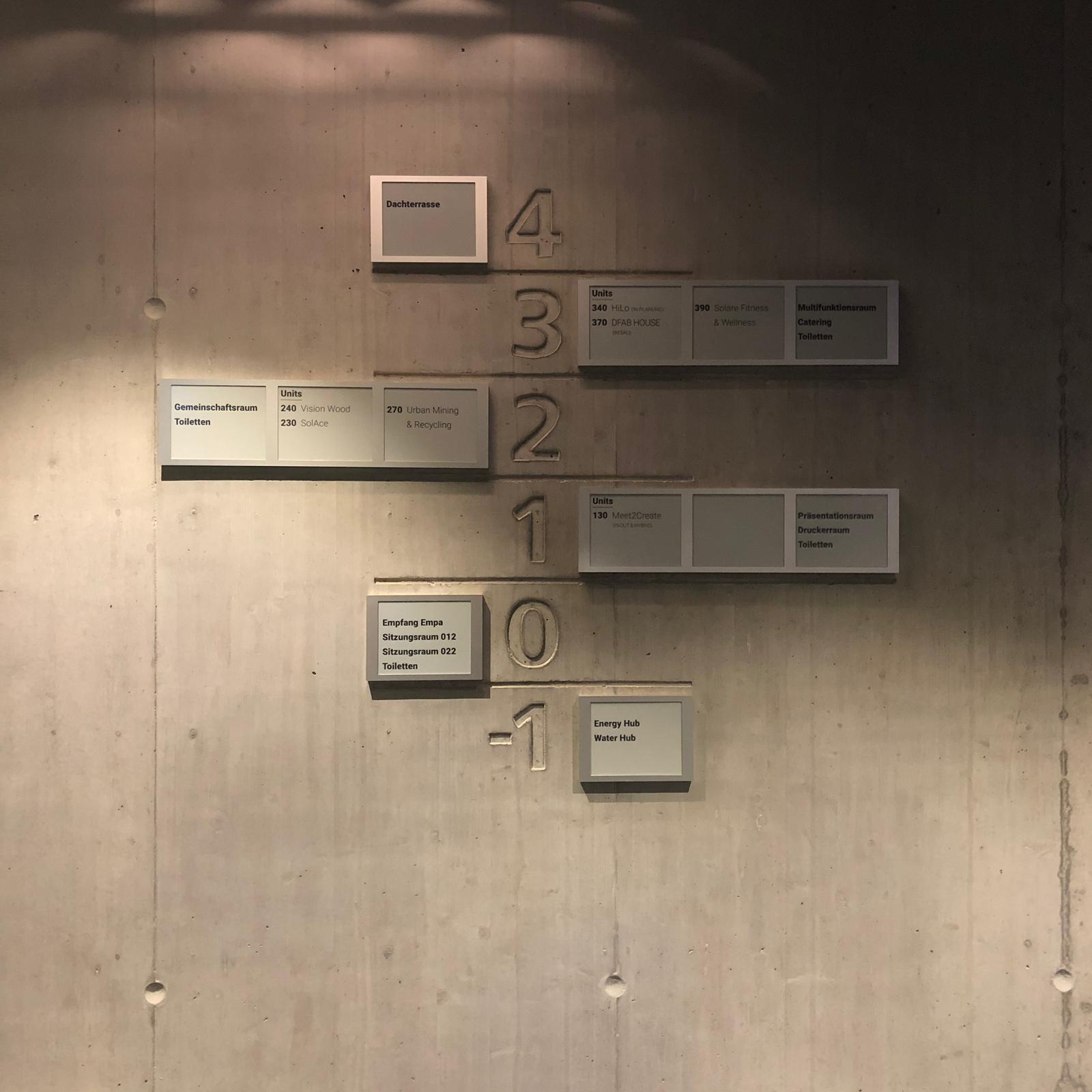 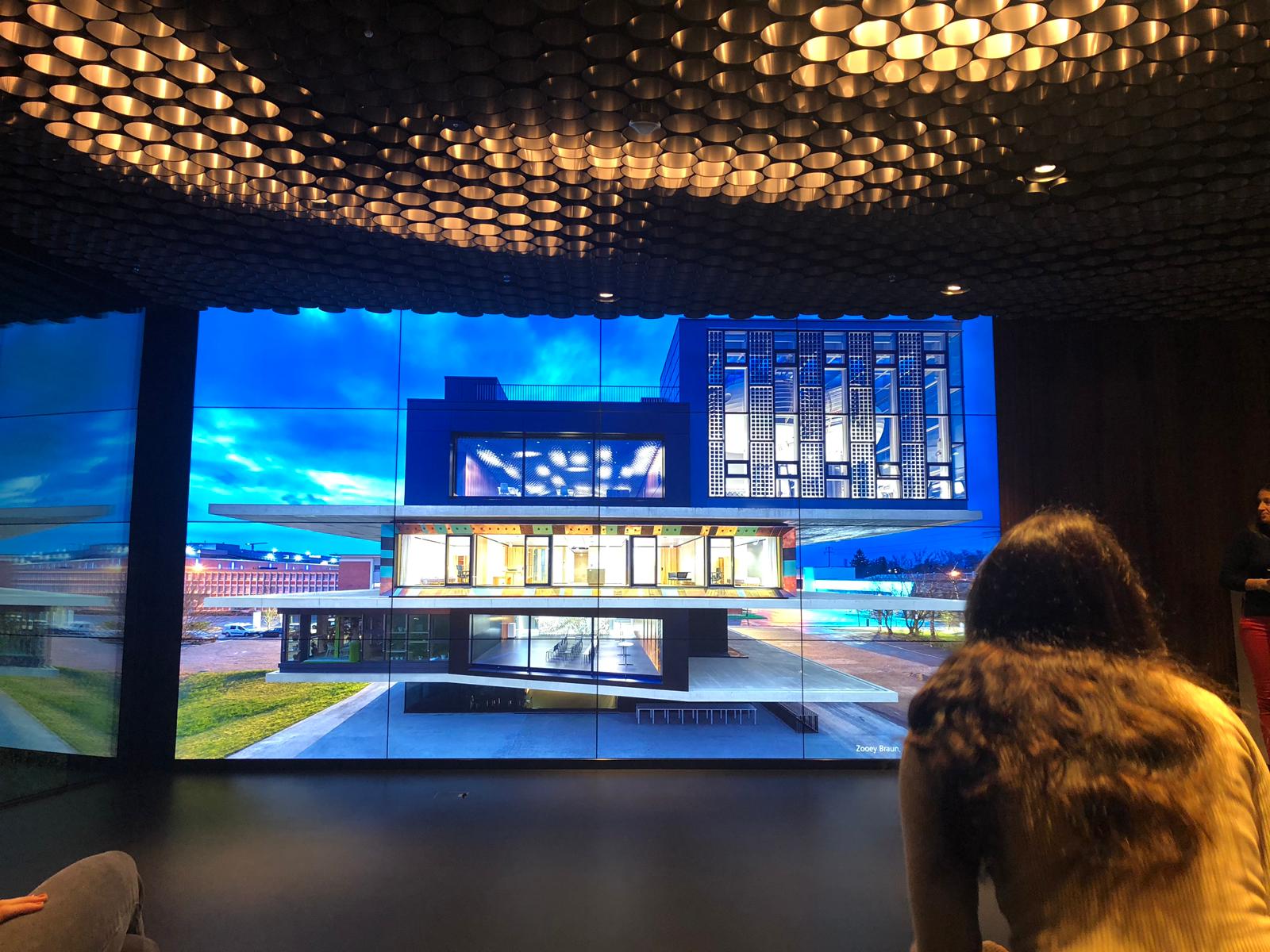 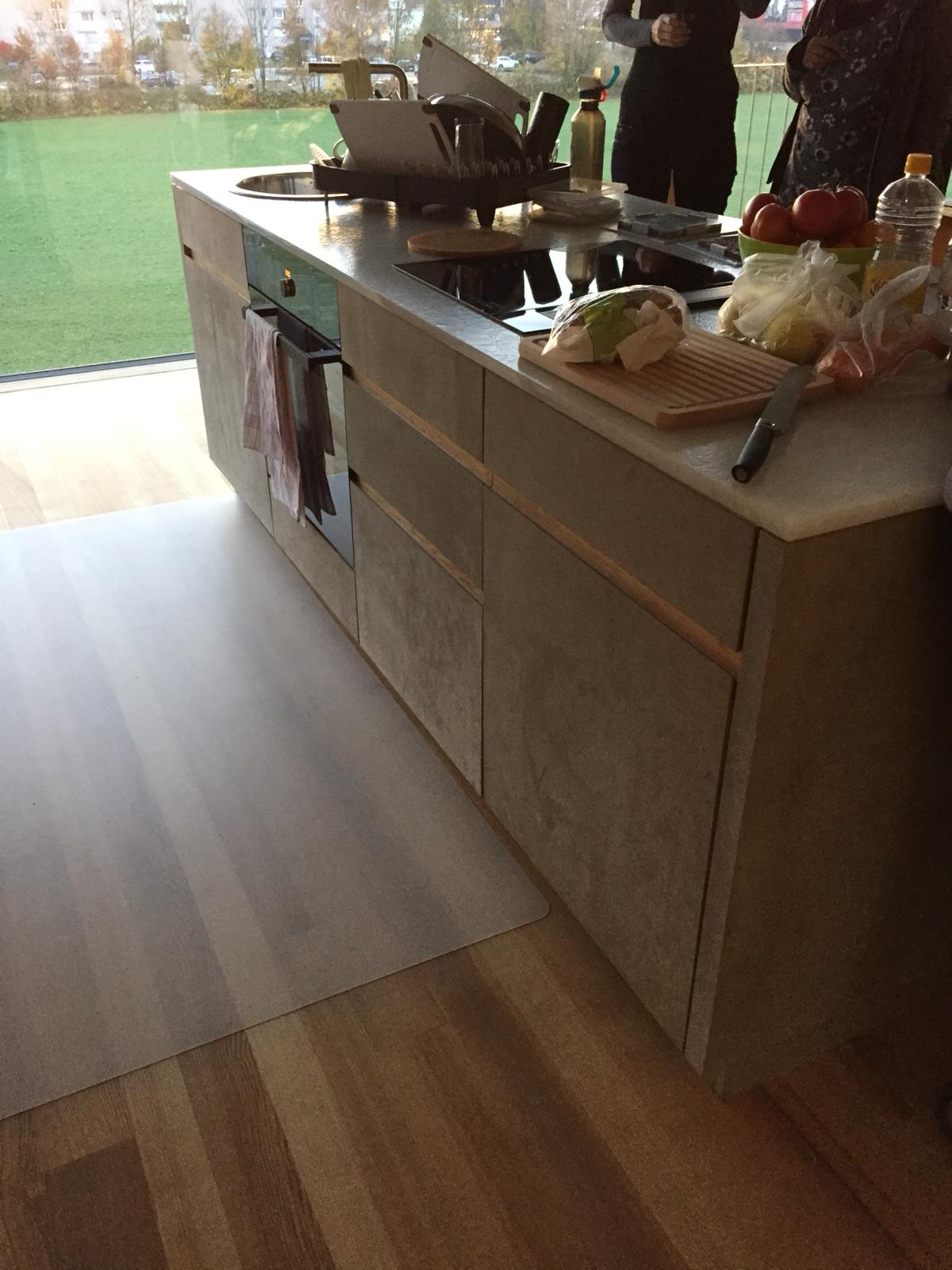 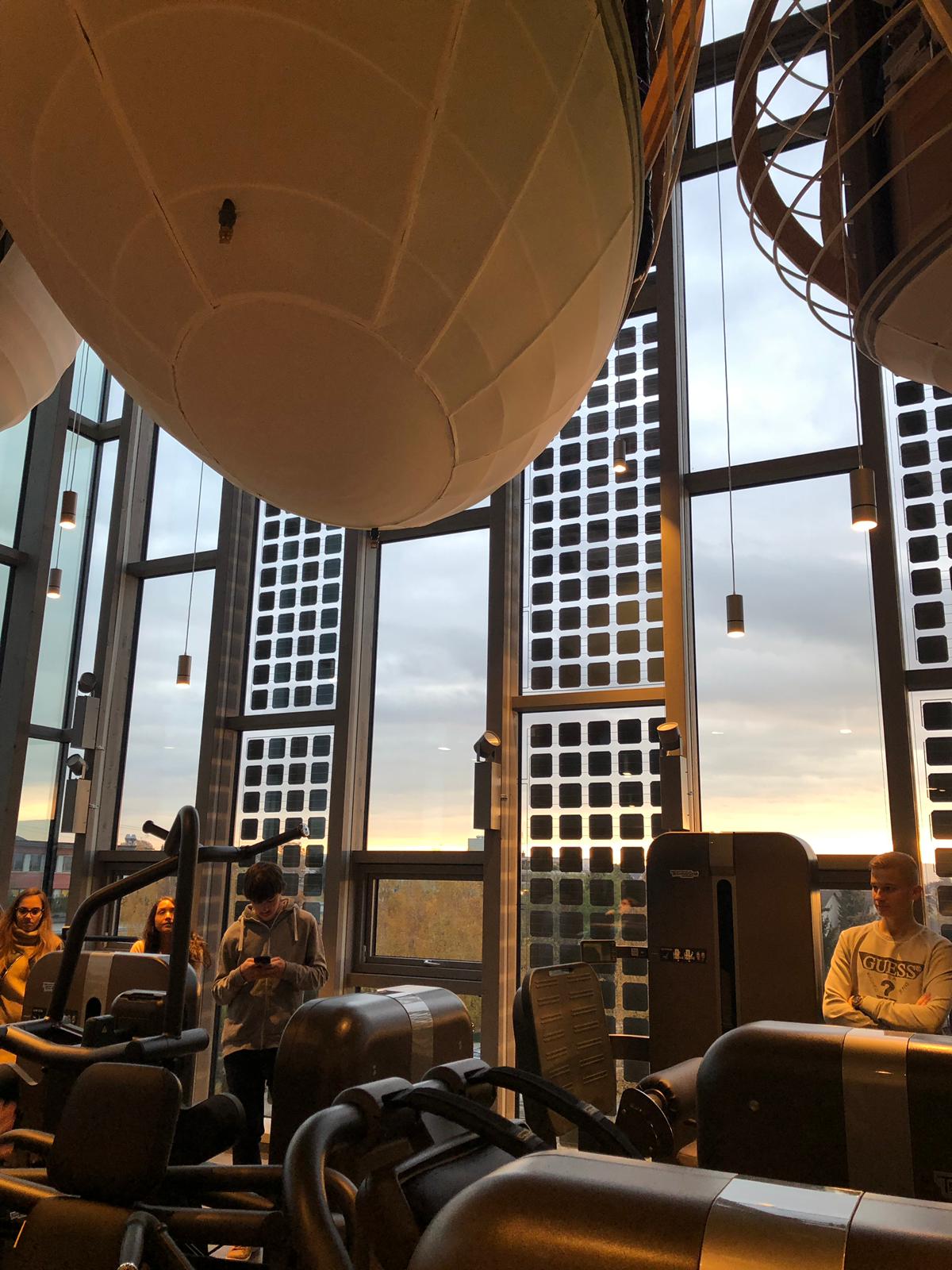 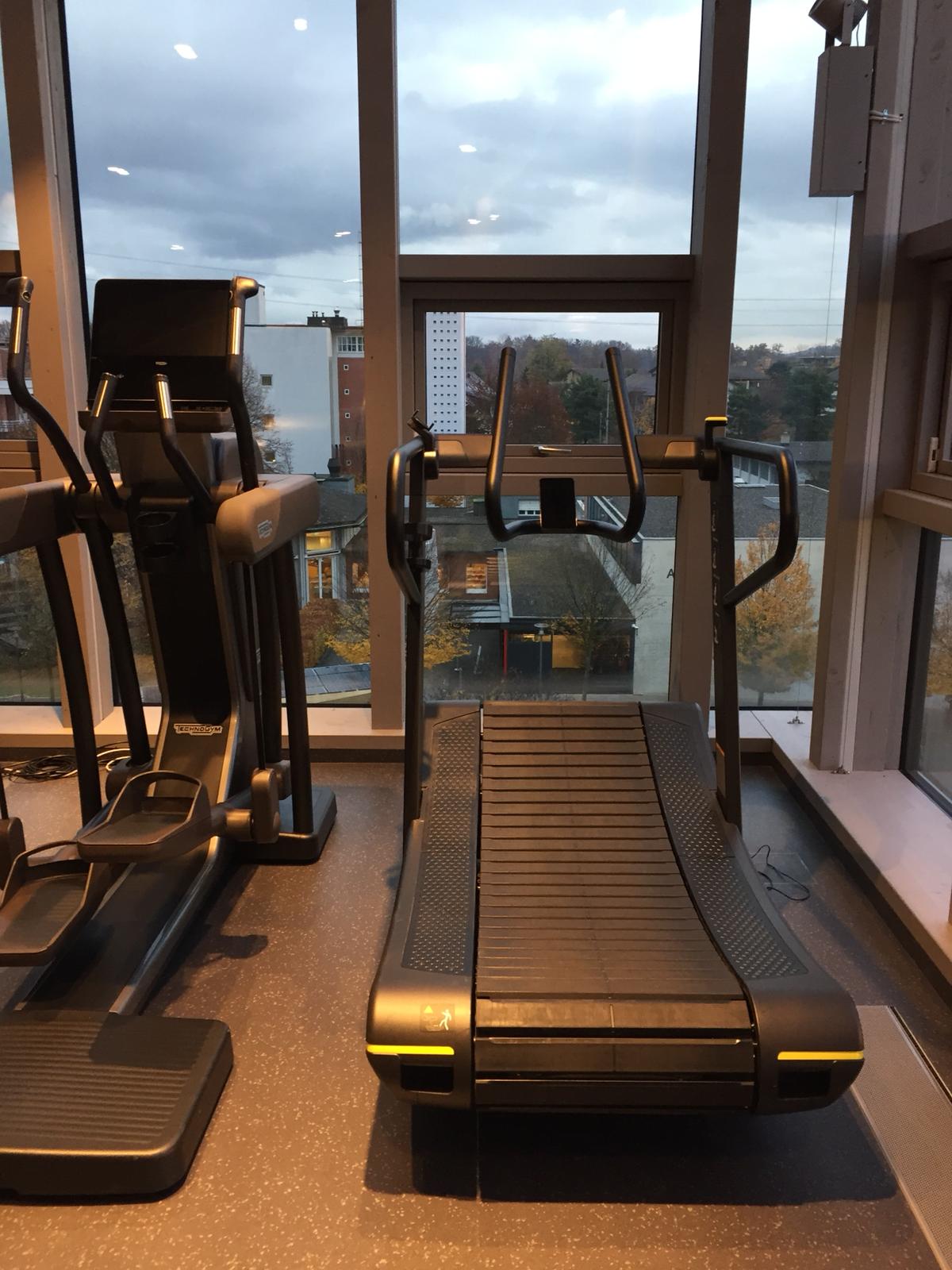 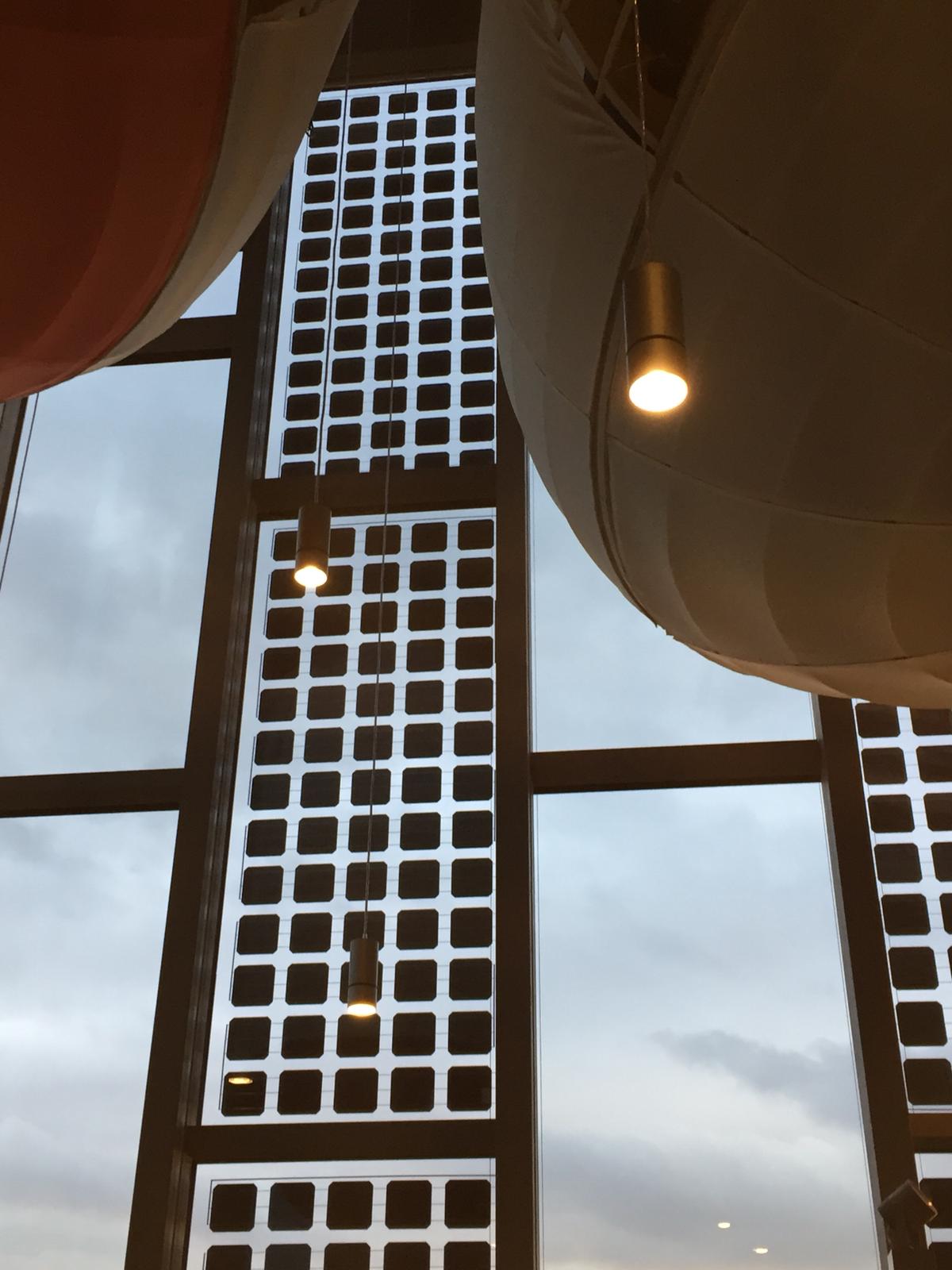 Solar cells for the saune 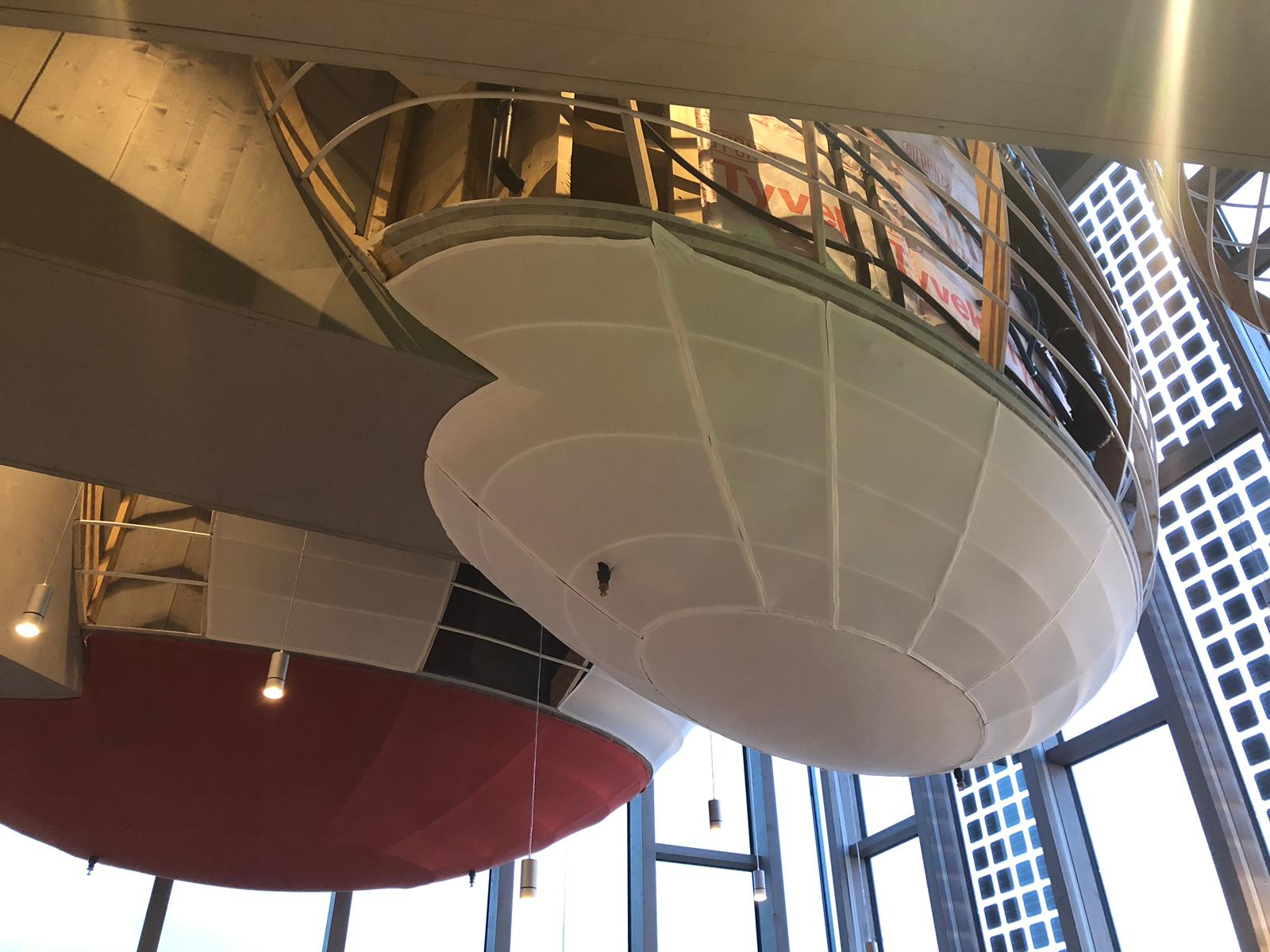 The sauna from the bottom 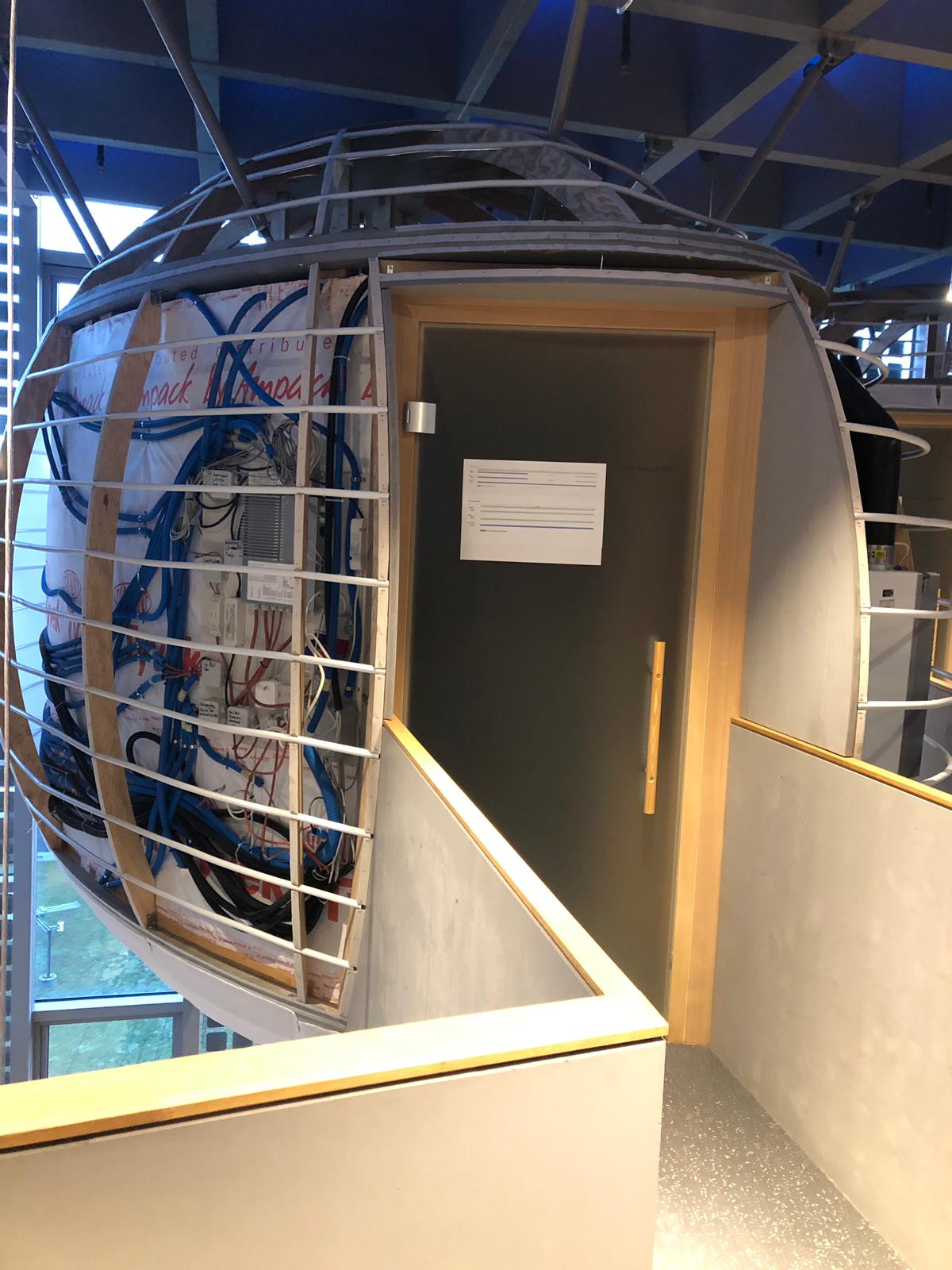 The sauna from the outside 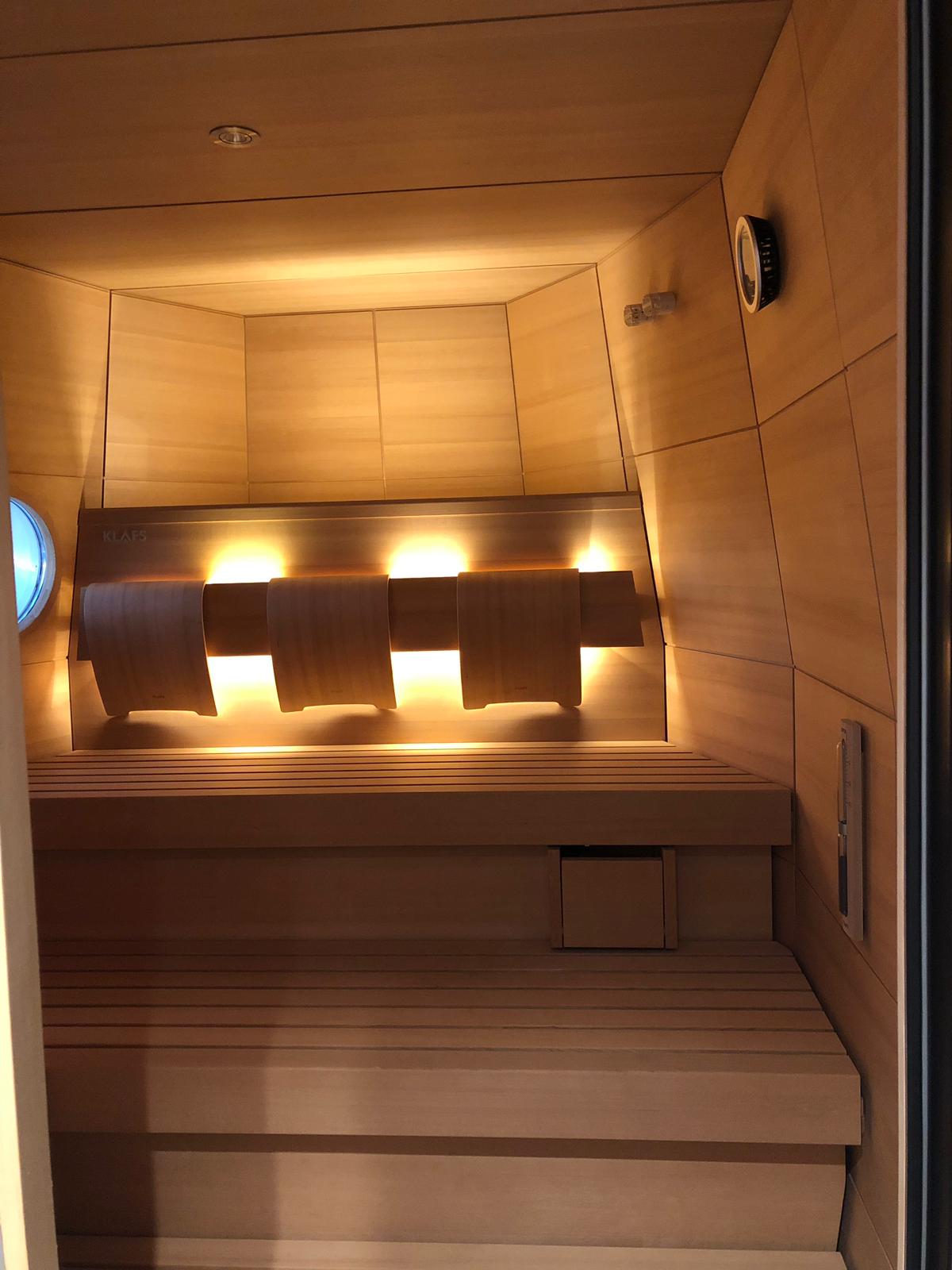 Inside of the sauna 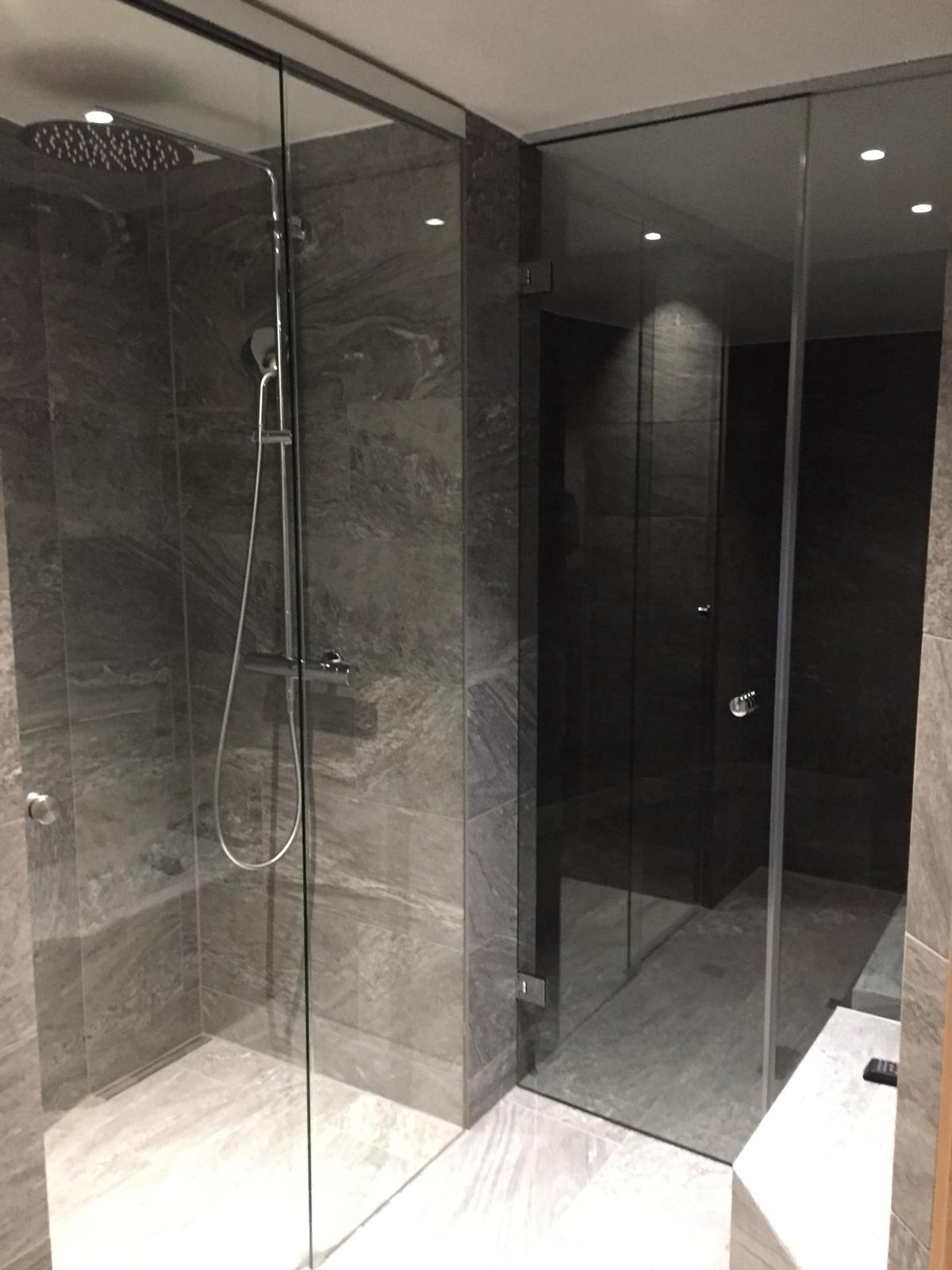 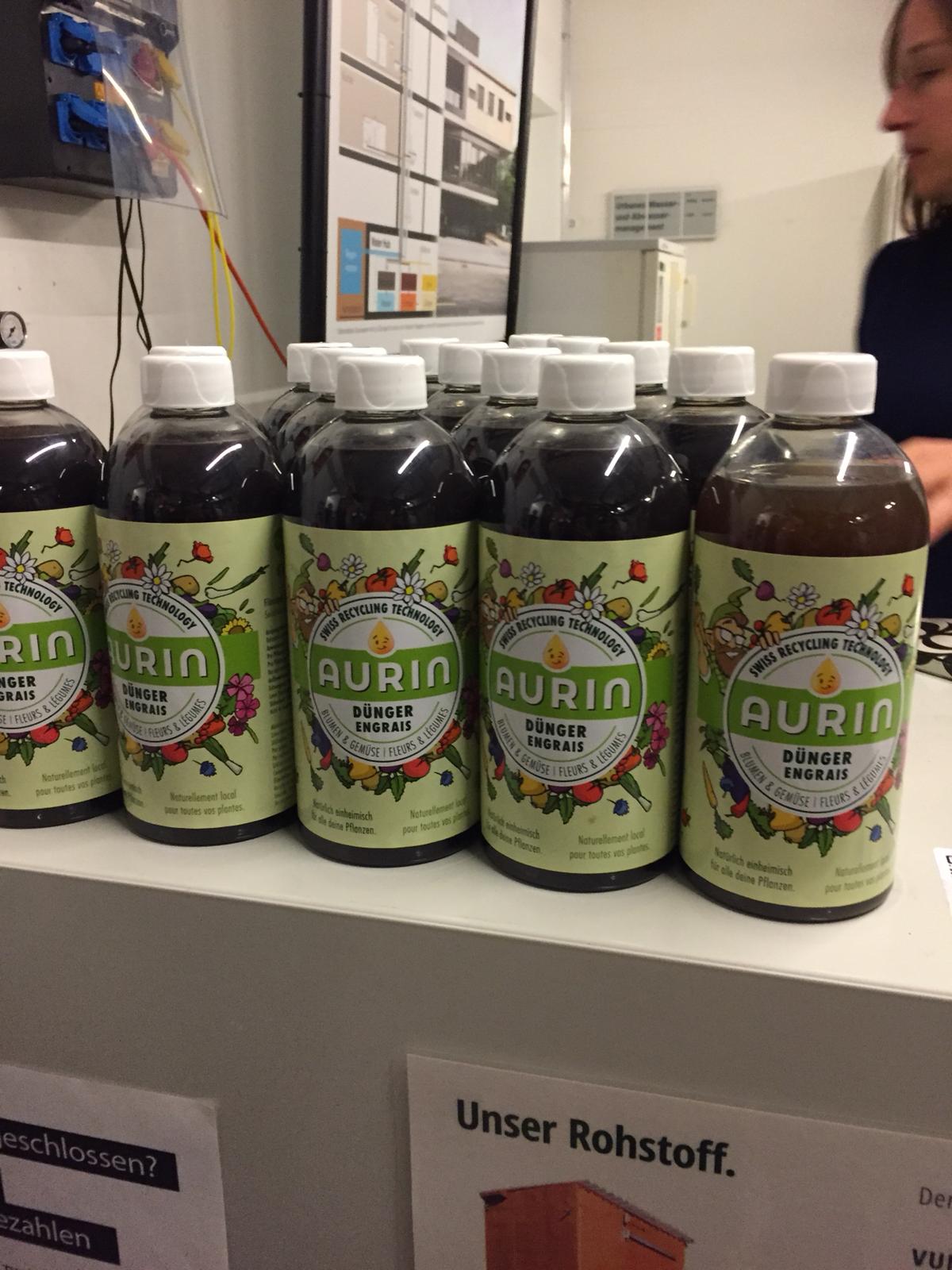 The fertilizers made of human fecal

One thought on “The Nest – exploring the future of buildings”